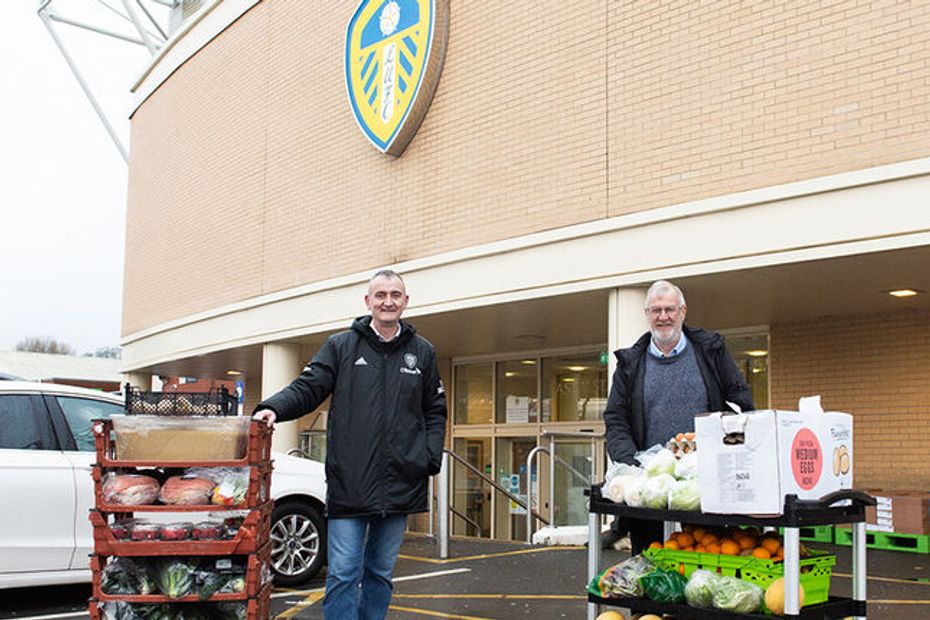 The postponement of Leeds United's home fixture against Aston Villa, as a result of COVID-19, disappointed many fans, but there has been a benefit for others.

Rather than see surplus matchday food go to waste, Leeds linked up with various local homeless charities and foodbanks to help the most vulnerable people in the city.

"We had some excess food that we had ordered in, such as pies and fresh produce, so we have tried to put what we can to use and give it to a number of local charities that look after those who are homeless and in need," said Rob Smyth, head of catering at Leeds.

"Hopefully, this donation will help to support the people that are really struggling during this time of the year.”

Around 2,000 pies, hundreds of sandwiches, as well as eggs, vegetables, salads, and fruits, were distributed to or collected by volunteers at St George’s Crypt, St Vincent’s Homeless Shelter, St Anne’s Resource Centre and Holbeck Foodbank.

John Battle, a volunteer at St Vincent's, added: "Christmas is a time when people are really put under pressure, and these donations of food are really needed to supply to people who desperately need it.

"Especially now as bills will be coming in, families will be queueing at the doors and they will be most grateful at the fact the club has donated this food, so a massive thank you!”

This comes just days after Leeds teamed up with INNSiDE by Melia Liverpool, the hotel where they were due to stay prior to their Boxing Day match at Anfield being postponed, to donate the food that would have been used to a local homeless charity in Liverpool.