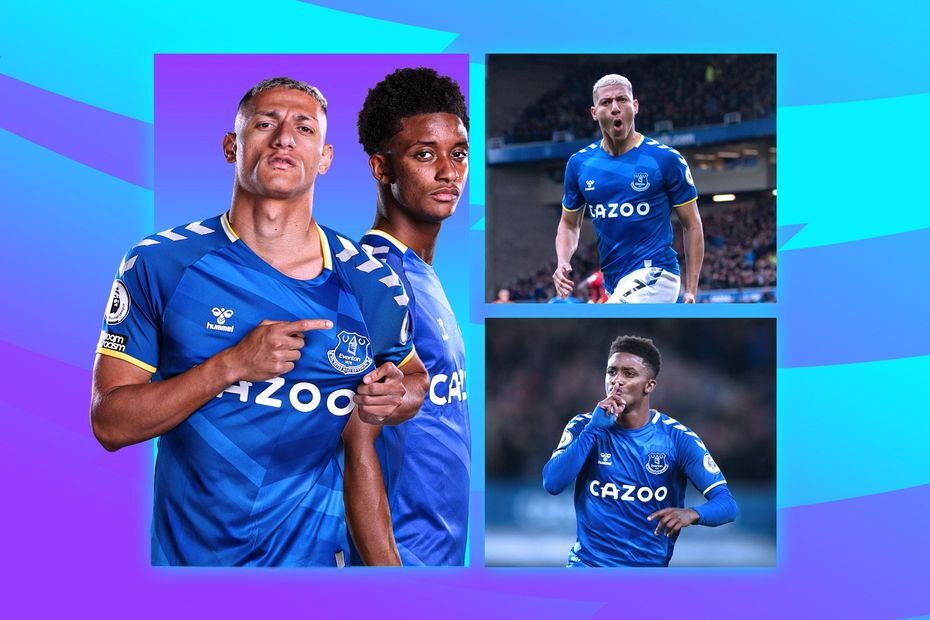 Duncan Alexander looks at key tactical points and players who can be decisive in Matchweek 16.

Back in the mid-2000s Rafael Benitez was able to turn an underperforming Liverpool side into European champions, while Patrick Vieira was one of the finest midfielders on the continent.

Almost 20 years on, the pair meet as managers a few months into new projects, separated by only two points in an intensely congested midtable.

It has not been an easy time for Benitez, with the 4-1 home defeat by Liverpool on 1 December leaving his Everton side winless in eight matches, with three straight defeats and only the one consolation goal scored across four outings.

But Monday's 2-1 victory over Arsenal was encouraging, particularly because of the Toffees' goal threat represented by Richarlison and Demarai Gray.

Richarlison was unlucky not to have a hat-trick against the Gunners, having found the net three times but seen his first two efforts overturned by VAR for narrow offside decisions.

A header from Andros Townsend's inswinging free-kick and a low finish were both chalked off before the Brazilian finally got his deserved goal with a body-shifting leap to head home a ball that had almost gone behind him.

It was Richarlison's fourth headed goal of the calendar year, pulling him level with his injured and much-missed team-mate Dominic Calvert-Lewin.

Only one player has more in that period, Crystal Palace's Christian Benteke, so aerial duels will be crucial at both ends of the pitch this weekend.

Gray also goes into this weekend's match on a high after scoring one of the all-time great Premier League stoppage-time winners against Arsenal.

In a season in which some of Everton's most important players have been either injured or out of form, he has been a shining light.

Gray's screamer was a notable strike as it not only took him to five goals for the season, already his best tally in a campaign, but also five goals following a carry. That is more than any other player in the Premier League this season.

It is rare to find an attacking metric that Mohamed Salah does not top these days, but Gray's ability to run with the ball and then produce an accurate finish is the sort of skill that makes a mockery of his bargain transfer fee in the summer.

Townsend deserves a mention, too, as he makes his first return to Selhurst Park since leaving Palace in the summer.

His five Premier League assists for the Eagles last season were only bettered by Eberechi Eze, and he has made a significant impact for his new club.

Townsend has scored three Premier League goals for the first time in a season since hitting six for Palace in 2018/19.

Both sets of fans will be well acquainted with the winger's favourite zone just outside the right-hand side of the box.

But devotees of the Expected Goals metric will be relieved to learn that, just like in 2018/19 when three of Townsend's six goals came from inside the area, two of his three this season were scored from inside the box.

Facing a Palace side who are without a clean sheet in four matches, Benitez will hope for more moments of magic from his attacking players on Sunday.

Duncan Alexander is a writer at TheAnalyst.com