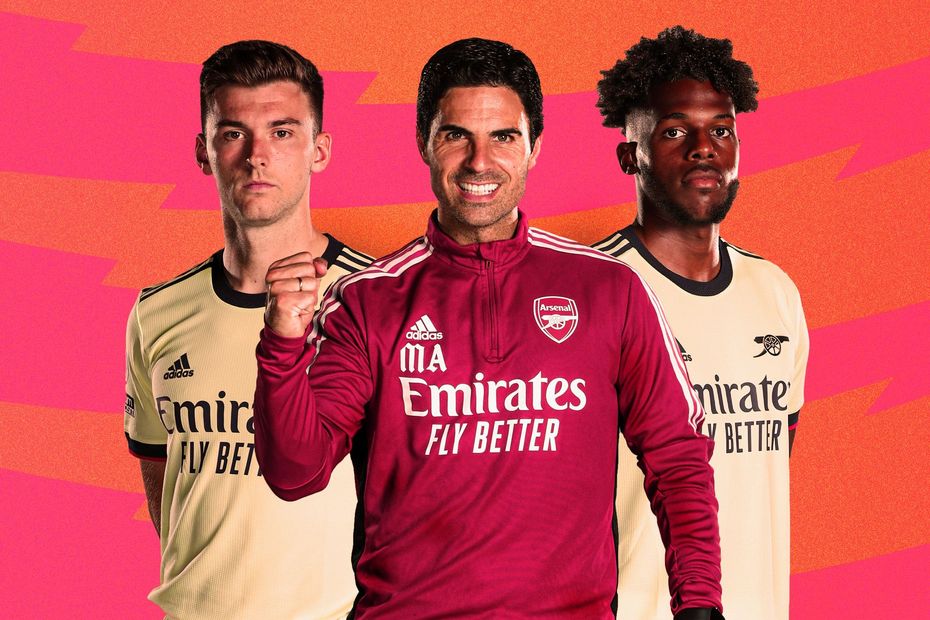 Adrian Clarke looks at key tactical points and players who can be decisive in Matchweek 14.

Mikel Arteta's choice of left-back could have a defining impact on how his Arsenal side fare against Manchester United.

Will the Spaniard stick with the athletic, talented but raw 21-year-old Nuno Tavares, or will he recall his previous first choice Kieran Tierney, who has missed the last five matches?

Given the player he selects will be facing the in-form Jadon Sancho, it is a key position for Arteta to fill.

Pros and cons with Tavares

Summer signing Tavares catches the eye with his pace, power, and buccaneering enterprise down the wing.

His positive approach has troubled four of Arsenal's last five opponents. Such is his attacking mentality, he is averaging 2.4 shots per 90 minutes.

It was expected that Tierney would return for the match against Liverpool earlier this month, but Tavares kept his place. And unfortunately for the Portuguese, he struggled in the 4-0 defeat.

Finding it difficult to cope with the intensity of Liverpool's pressing, the inexperienced full-back lost possession a team-high 18 times, finishing with a low 72.7 per cent pass accuracy.

Tavares also gifted Diogo Jota a crucial goal just after half-time with a wayward square pass across the face of goal.

Given those difficulties at Anfield, it may feel like a gamble for Arteta to start the youngster against Man Utd, and Tierney provides a reliable and experienced alternative.

But Tavares went on to impress for spells of Saturday's 2-0 home win over Newcastle United, providing a neat assist for Bukayo Saka.

Tavares' core strengths are his speed and dynamism and, while Tierney is strong in both areas, the summer signing outshines him statistically.

Tavares makes almost twice as many sprints per match, covering over 1km extra with his runs, and his acceleration is also quicker.

He does not always get his starting position right, but Tavares' recovery speed is so explosive that he regularly tidies up dangerous situations.

Tierney was going through an indifferent spell of form prior to picking up an injury that gave Tavares his chance to shine.

The Scotland international has made 10 key passes this season, and six of those came on the opening weekend at Brentford. He has added just four more across his following seven appearances.

His performances were also slightly subdued compared with his fabulous showings across the previous two campaigns.

Even so, he has still delivered the more consistent end product, compared with his rival. He creates better opportunities and is more accurate with his final ball.

Tierney's decision-making is also superior to that of Tavares, who makes six more ball carries per 90 minutes but gains far less ground on average with the ball at his feet.

Against Man Utd, it will be vital to choose the right moments to sprint forward and to know when it is time to stay back and keep a compact shape.

It is easy to see why Arteta has shown such faith in his new acquisition Tavares.

The Liverpool match apart, Tavares has been involved in some of Arsenal's best performances, excelling during periods of all those contests.

That said, Tierney's well-rounded defensive skillset and proven big-match pedigree puts him under serious consideration for a recall.

This is arguably the toughest selection decision Arteta has faced so far in 2021/22.