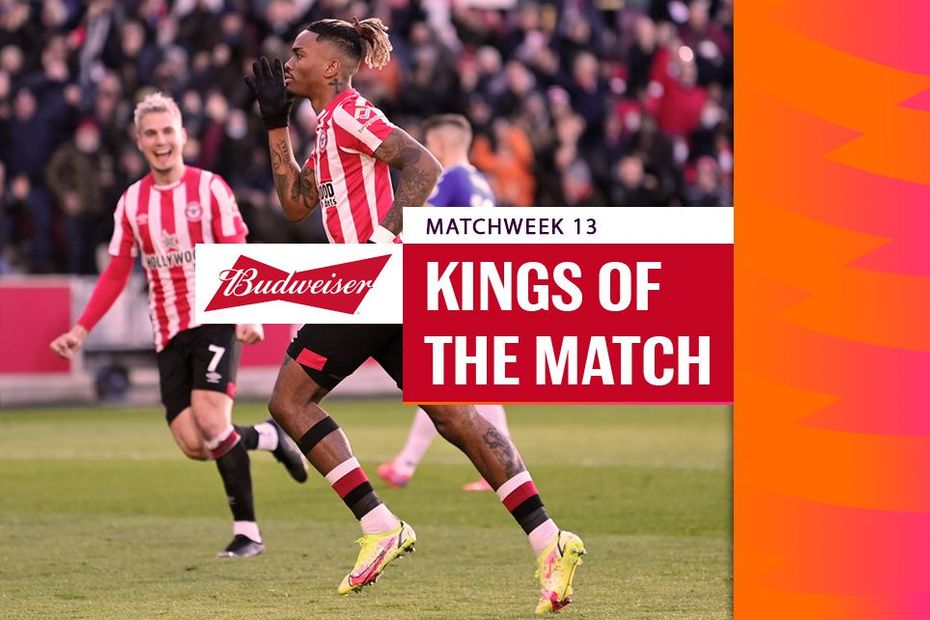 See which players earned the backing of supporters, including Brentford's Ivan Toney

After the final whistles in Matchweek 13 of 2021/22, thousands of supporters voted to crown their Budweiser Kings of the Match.

The 20-year-old sparkled in attack, scoring the opener before being forced off with injury.

The Crystal Palace midfielder was excellent once again, but could not help his side rescue a point against Aston Villa.

The Portuguese turned in another impressive attacking display, scoring twice, including the fastest goal of the season after just 97 seconds.

Marked his return to the Brighton & Hove Albion side with four stops and a clean sheet against Leeds United.

His first-half penalty secured Brentford's first home win since the opening day of the season and was his second goal in as many matches.

He scored at home against Watford for the fourth time in a row, and then netted again before half-time. In the end he was unlucky not to grab a hat-trick.

Impressive at both ends, the Portuguese almost opened his account for the season, only to be denied by a fine save from Lukasz Fabianski.

The Manchester United winger scored his first Premier League goal to put his side ahead at Stamford Bridge.