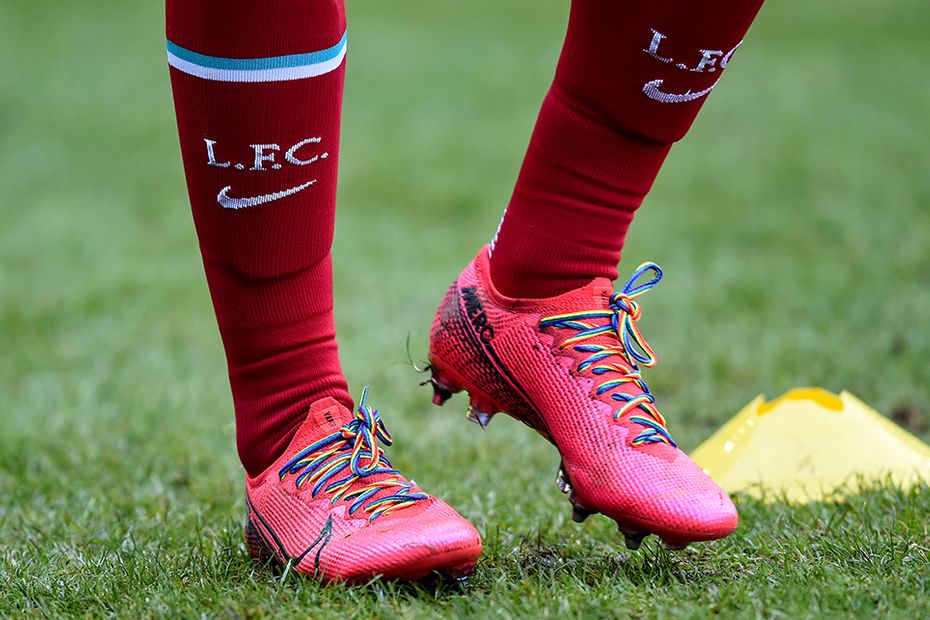 When Liverpool play Southampton on Saturday afternoon, Jurgen Klopp will again be proudly wearing his Rainbow Laces not only to raise awareness of the campaign but also to remind himself of the challenges that are faced by the LGBTQ+ community.

As part of the club's support for Rainbow Laces, the Reds manager sat down to chat with LFC Women defender Meikayla Moore about her story, being true to herself and why having such a visible campaign is so important.

"For me personally, I will be wearing the laces to show my support, obviously being an out and proud footballer," she said.

"It's to encourage others to speak out and to reach out if you need help or if you need guidance or any sort of forms of information, to help you as an individual."

And when asked by Moore about what he thinks of Rainbow Laces, Klopp replied, "It's a great campaign, I have to say, and it looks good.

"I really love every year when it happens. I'm a perfect example for it - how the awareness level changes from the moment you put them in.

"It feels great and you can put awareness on something which is obviously really important.

"It's difficult, I'm 54, I've been through a lot of periods in my life but a lot of problems I've never had, so it means you talk about it like an interested viewer, 'Oh yeah, how would that be, how would that feel?' and I never have the problem.

"But I have so many gay friends but I never thought about how it was when they had to say, 'By the way, mum, dad, to everyone else, I'm not exactly how you expected it maybe' and that's a challenge we should not face in the way we face it in our life."

All Premier League matches between 27 November and 2 December are dedicated to Stonewall's Rainbow Laces campaign and Moore believes the support of people like Klopp makes a huge difference in the fight for equality.

"As an ally, it's so important for us to have people like you who are in our corners and standing behind us," she said.

"The biggest thing you can do is listen, support and educate yourself if you don't know, because that's an area that a lot more people can maybe place more attention on.

"It's educating because, at the end of the day, we're all people, we're all humans, we're all doing the same thing, we're all kicking a ball around. Your support means everything."