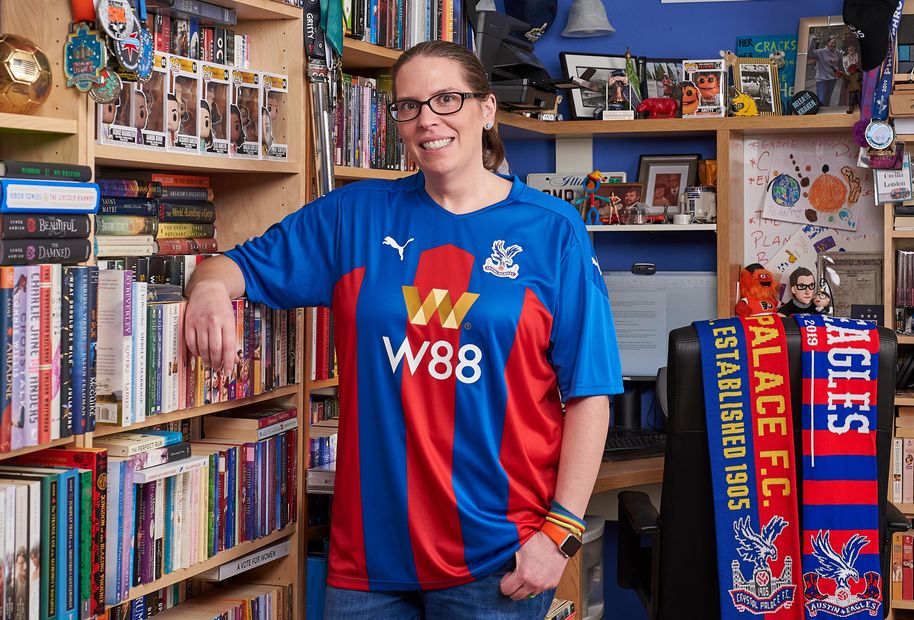 As the Premier League and its 20 clubs celebrate Rainbow Laces, meet Carah, a romance writer from San Antonio who, like her club Crystal Palace, wants to make the world a more inclusive place.

"I write romance novels. I'm self-published and I actually found my pen name while I was staying in London.

"There's a recurring theme that love conquers all. An underdog getting their happy ending. That's something that we all desire.

"I also read a lot of romantic historical fiction, which often mentions the historic building, the Crystal Palace.

"That was my connection to the Premier League team. When I did some more research, I learned how the club does such enriching work in the south London community and how they've developed their women's team and academy. I realized, these are my people. So they became my gritty, scrappy team.

"What makes me feel connected to the club is how inclusive it’s personally felt being a supporter of the team.

"There's an international Facebook group of Palace supporters that’s incredibly welcoming of all walks of life, which has helped me connect with other fans.

"Palace also has some great organizations like the Palace For Life Foundation, which I'm a part of, and of course, Proud and Palace.

"It took me a while to discover that I was Bi. I think learning more about my sexuality made me appreciate that it's fairly taboo.

"There's a lot of letters in LQBTQ+, and a lot of people have questions about it. It's so important to me that my kids know they can open up and be themselves and they will be loved.

"I am part of an advocacy group called Equality Texas, to advocate for children in the state who don't have a say in politics that affect them. It's awesome to know the club I support prioritizes helping those who are underrepresented in their community. It just makes me feel all the more connected as a fan.

"It's easy to root for a big top-six team but, when you support a team like Palace, you're often thinking about those feel-good stories, where you’re under-matched and everything has to go right to beat those top teams - and when you do it’s just so beautiful. It's pure joy.

"In the end, that's what romance is all about."