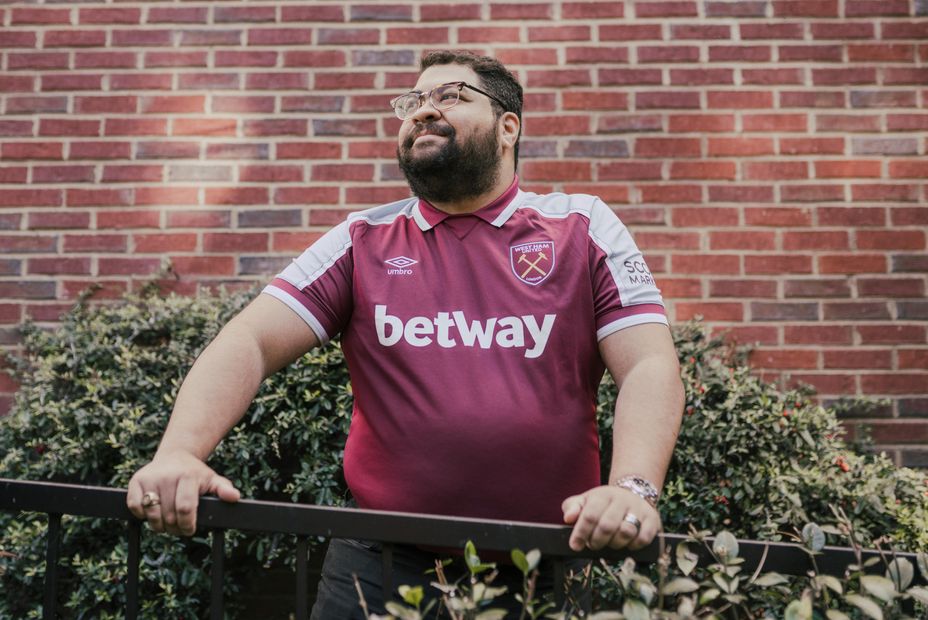 As the Premier League and its 20 clubs celebrate Rainbow Laces, meet Nick from Atlanta, who through West Ham United found a new community to share with the most important person in his life.

"Typically, the LGBTQ+ community has not had the best experience when it comes to sports.

"I think people feel like sports aren’t open to us. There's an exclusionary aspect that doesn't get talked about, but you feel the ostracism.

"The first thing I noticed about West Ham was that the supporters seemed to be keenly focused on creating a sense of community. Specifically, an open and accepting one. I received a ton of messages from people online saying things like, 'Heard you’re a West Ham fan, welcome!'

"Pride of Irons, the West Ham LGBTQ+ group, even reached out to me saying they were happy to have me as a supporter and couldn't wait until I made it across the pond.

"Immediately, I knew I had made the right choice and fell even deeper in love with the club.

"It was awesome...we didn’t feel singled out for being a part of the LGBTQ+ community but instead, just seen as fellow West Ham fans."

"Recently, I went to watch a West Ham match with the Atlanta Hammers supporters' group for the first time.

"My husband isn't a huge Premier League guy so I told him if he didn't want to wake up early to watch soccer at a bar, I totally get it, but he said he was down.

"From the start, the Hammers in Atlanta were incredibly welcoming and made us feel right at home.

"It was awesome to have an experience meeting new people where we didn't feel singled out for being a part of the LGBTQ+ community but instead, just seen as fellow West Ham fans.

"Allies are so important. I think the biggest part of the LGBTQ+ community is finding spaces that are safe to be yourself. To have allies in places where it might not be safe or you’re unfamiliar makes a huge difference.

"My husband had no idea what he was getting into going to the bar that morning. When we broke out singing, 'I'm forever blowing bubbles', he was like, 'Wow, that's definitely not what I expected.'

"He loved it, and he's looking forward to going to another watch party.

"For me, it's awesome to have found my club and also something else I can share with my husband. I think he'll be a Hammer in no time!"