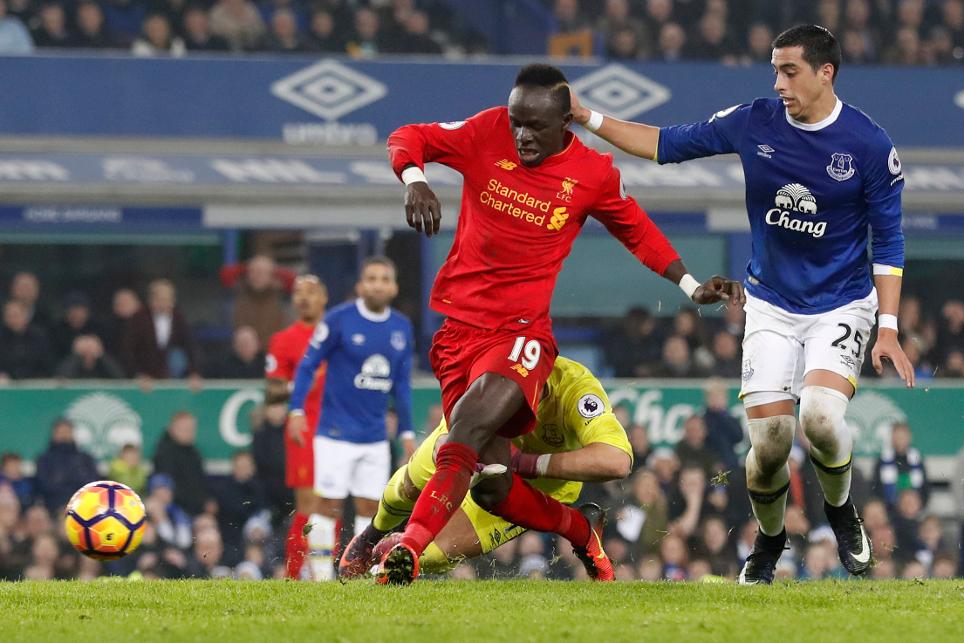 Sadio Mane struck a stoppage-time goal to claim victory for Liverpool in the Merseyside derby.

In a frenetic first half at Goodison Park, dominated by an industrious home side, Ramires Funes Mori had the best chance, steering a free header wide from an Everton corner.

After the break Liverpool went into the ascendancy, with Roberto Firmino denied when through on goal by Maarten Stekelenburg, who later went off injured.

The winner came in the fourth minute of stoppage time when Mane reacted fastest to Daniel Sturridge’s shot hitting a post.

The result moves Liverpool to second, six points behind Chelsea. Everton are ninth.