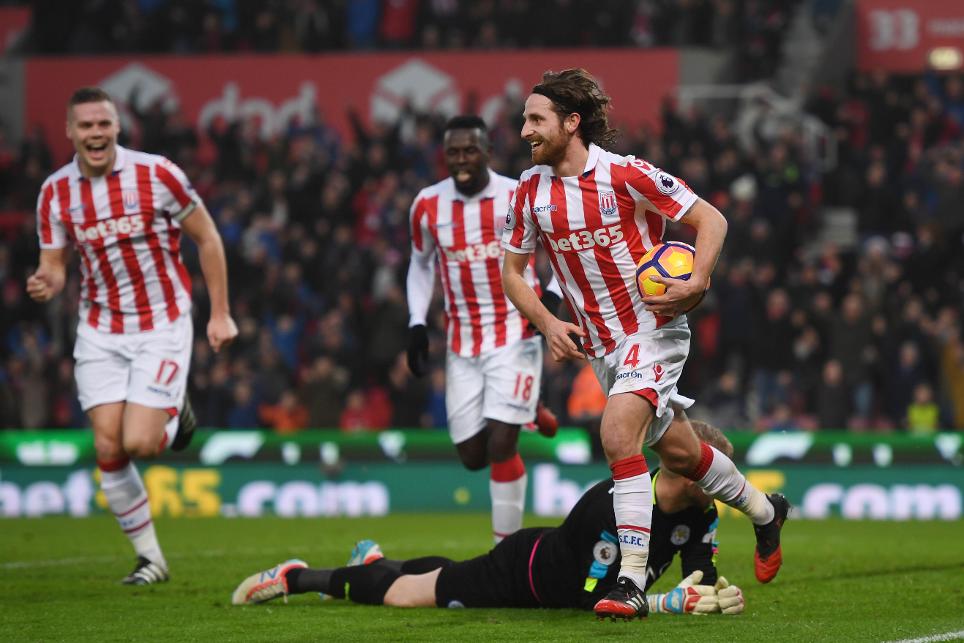 Scoring 30 in the Bonus Points System (BPS), the Ghanaian netted a late equaliser at the bet365 stadium, while also contributing seven recoveries and a successful tackle.

Handed a first start since Gameweek 12 the playmaker converted the hosts' opener via the penalty spot. Completing 86% of 50 attempted passes, Bojan also registered two successful dribbles and five recoveries, yet his BPS suffered as he was tackled on four occasions.

Foxes pair Leonardo Ulloa (£5.5m) and Christian Fuchs (£5.3m) both received a single bonus point thanks to BPS tallies of 27.

Ulloa came off the bench to notch Leicester City's first goal, while Fuchs provided the assist for Amartey's equaliser and also produced 11 CBI and a pair of recoveries.

Stoke's Joe Allen (£5.2m) failed to earn bonus points despite scoring his side's second goal. His BPS total was compromised by being tackled on five occasions.

Stoke's goalscorers Allen and Bojan led the way in the ICT Index with scores of 13.2 and 11.3 respectively.

Allen fired three attempts on goal, with two efforts inside the box and two shots on target.

The Welshman also produced more successful passes in the final third (27) than any player in Saturday's encounter, with two of those creating scoring opportunities.

Bojan led the way for touches inside the penalty area (eight), with both his efforts arriving inside the Leicester box.

Ranked second only to Allen for successful passes in the final third (23), he completed two of 11 attempted crosses.

The visitors' Marc Albrighton (£5.0m) claimed third place thanks mainly to a Creativity score of 79.

Handed a central-support role as Mark Hughes switched from 3-4-2-1 to a 4-2-3-1 formation, Allen has now produced a goal and an assist in the last three Gameweeks.

Sitting in 12.4% of FPL squads, he is second only to Watford's Etienne Capoue (£5.0m) for value in terms of points-per-million.

Bojan's pitch-time remains in question after Hughes opted to bench both Xherdan Shaqiri (£6.3m) and Charlie Adam (£4.7m), handing the Spaniard a rare start in order to cope with the busy schedule.

Should Marc Muniesa (£4.2m) recover from a hamstring problem, the Potters' manager could revert to a three-man backline for the upcoming trip to Liverpool.

Leicester City, meanwhile, are without three first-team regulars for the Gameweek 18 visit of Everton.

Jamie Vardy (£9.6m) will sit out the first of a three-match ban after receiving a straight red, while Robert Huth (£4.9m) and Fuchs will serve singe-match suspensions after collecting their fifth yellow cards of the season.

But the Foxes may yet appeal against Vardy's dismissal ahead of the Everton clash; one for FPL managers to watch out for.