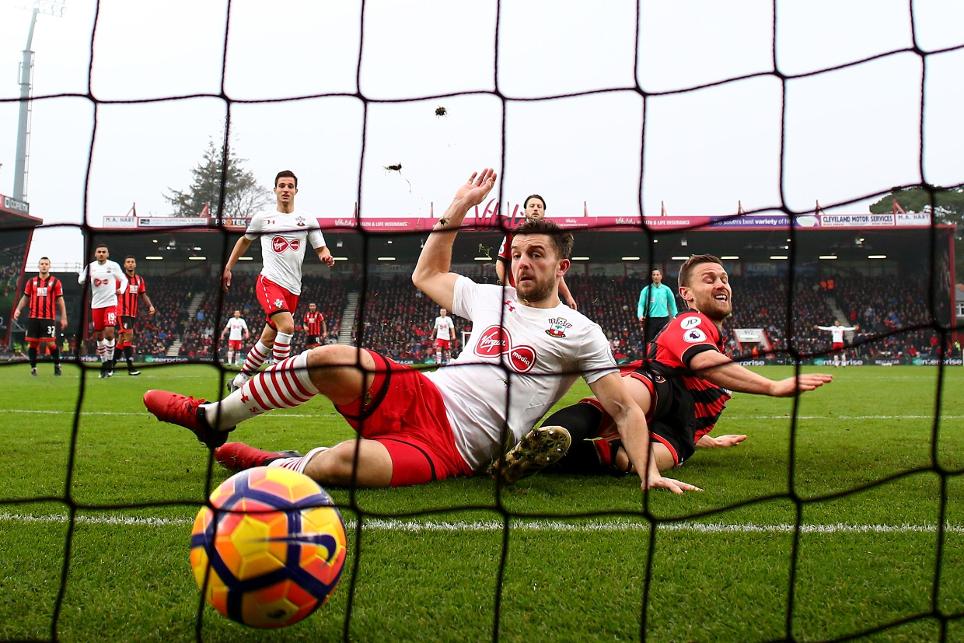 A Rodriguez brace secured the Saints a 3-1 victory at Vitality Stadium, earning him a Bonus Points System (BPS) score of 43.

It was Ake who took the final bonus point on offer with a BPS score of 30. In addition to his diving header, the defender produced 12 clearances, blocks and interceptions and made seven recoveries.

Rodriguez also led the way in the ICT Index with a tally of 14.7, the third-highest score of Gameweek 17 ahead of Monday's final match.

Recalled as a lone striker by manager Claude Puel, his Threat total of 75 was made up of seven penalty-area touches and four goal attempts, two of which arrived from inside the box.

Southampton's other goalscorer, Ryan Bertrand (£5.4m), ranked second in the Index with a score of 10.4.

The defender impressed for both Creativity and Threat, managing scores of 30 and 25. He supplied seven crosses and two chances created, while producing two goal attempts.

Handed his second start in the last three Gameweeks, Rodriguez scored his first goals since Gameweek 3 to stake a convincing case to replace the injured Charlie Austin (£6.6m).

Classified as an FPL midfielder, he could emerge as a key asset should he cement regular starts as the Saints' central striker.

However, Puel has rotated his squad throughout the campaign and, following Rodriguez's long-term injury, the Saints manager will be mindful of managing his forward's workload.

With a two-legged EFL Cup semi-final against Liverpool next month, the Southampton teamsheet remains difficult to predict, highlighted by Jose Fonte's (£5.5m) omission on Sunday.

The most popular transfer target among defenders ahead of Gameweek 17, Ake will miss out in Gameweek 18 as he is ineligible to face parent club Chelsea.

Beyond that, fixtures with Swansea City, Hull City, Watford and Crystal Palace in four of the subsequent five Gameweeks bring Ake back into the equation as an attractive budget option.