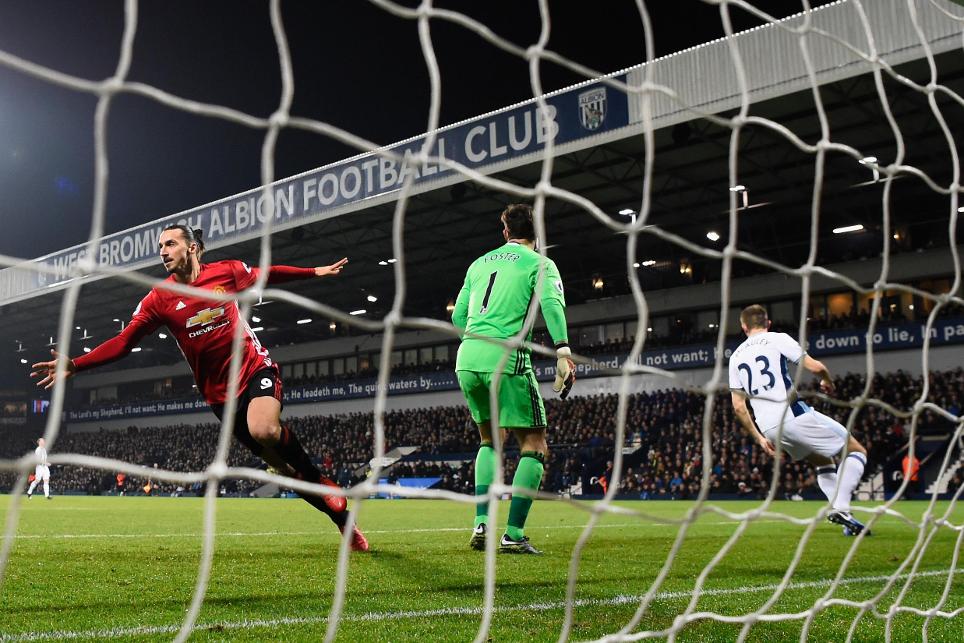 The Swede claimed three extra points for the fifth time this season, courtesy of an impressive Bonus Points System (BPS) total of 52, the joint-highest in Gameweek 17 so far with Middlesbrough's Alvaro Negredo (£6.3m).

Darmian earned 34 in the BPS after producing an impressive 17 clearances, blocks and interceptions (CBI) and completing 82% of his 35 passes. That included a big chance created, missed by Jesse Lingard (£5.6m).

Rojo also impressed, registering 15 CBI to earn 28 in the BPS and a single bonus point.

A dominant display from Ibrahimovic was reflected in the ICT Index.

Ibrahimovic recorded the highest United tallies for both Threat (38) and Creativity (33), with two attempts from inside the box and two chances created.

He succeeded with three of his six attempted crosses, providing two chances for team-mates.

Following a run of six Premier League outings without a goal, Ibrahimovic has now fired seven in his last six Gameweek starts.

He has registered 53 points over those matches, more than any other striker, including Chelsea's Diego Costa (£10.9m), who has produced 42 points during the same timeframe.

With Costa suspended for Gameweek 18, Ibrahimovic has been targeted as an in-form replacement.

More than 155,000 FPL managers have acquired Ibrahimovic since Saturday's deadline. Of those, over 96,000 have made the direct trade from Costa.

The Red Devils face back-to-back Old Trafford meetings with Sunderland and Middlesbrough, with a trip to West Ham United to follow.

He was shifted to a midfield role having been deployed at left-back against Swansea City in Gameweek 16.

In the last four Gameweeks, Brunt has supplied nine successful crosses from 16 attempts - more than any other FPL defender - creating six chances.

The Baggies face testing trips to Arsenal, Southampton and Tottenham Hotspur over their next four Gameweeks.

From Gameweek 22, however, their schedule improves markedly, with Brunt likely to be a key target.