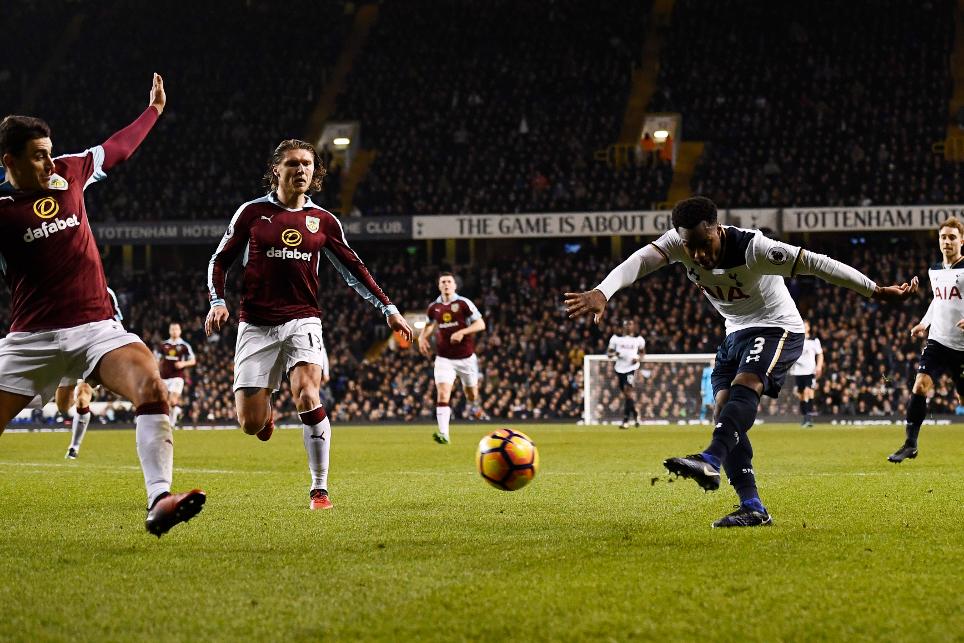 Dyche: Spurs Should Have Been Down To 10 External Link

Tottenham Hotspur closed the gap on the top four by coming from behind to beat Burnley 2-1 at White Hart Lane.

Harry Kane almost put Spurs ahead before the break but Tom Heaton’s leg saved his shot.

Spurs’ winner came on 71 minutes when Danny Rose’s was put through by Moussa Sissoko and finished from a narrow angle.

It moved them to within a point of Arsenal, while Burnley are 16th, three points above the bottom three.