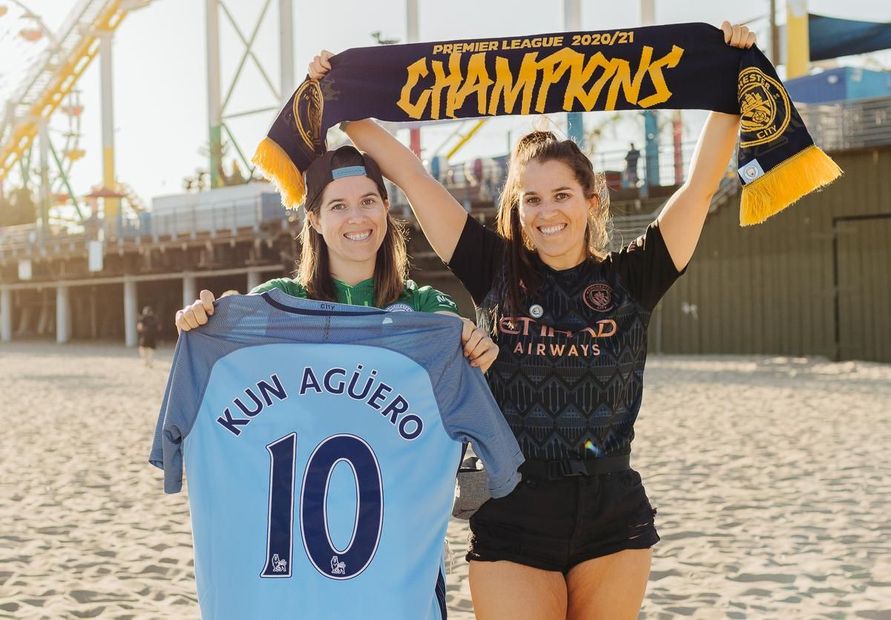 Ahead of the Premier League Mornings Live fan festival in Los Angeles, California, on 23rd-24th October, meet Kate and Amy, identical twins whose love for Manchester City made LA feel like home.

"We’re identical twins and equally massive Man City fans and our love for the club grew together.

"When we moved to LA 10 years ago, we didn’t know too many people. So we leaned into the club… and that’s when it really became a huge passion and obsession.

"We found a City supporters' group in the Valley that we connected with. Each time we would talk to another fan, it just was like, 'Wow, we are the same person.' "

"We think City draws in a similar type of person. We’ve met some of our best friends through our supporters' club because we just speak the same language.

"We make the trek from the westside of LA to the Valley. That’s a hike. But it’s so worth it.

"As Americans, we're lucky that we ultimately get to pick our Premier League team. We are not beholden to like the history of our grandparents, our great grandparents. Ultimately, City chose us more than we chose City. We look at each other sometimes and think, ‘We are so happy we're City.' "

"This club has become such a big part of our lives. We’ve met amazing people and shared incredible, once-in-a lifetime experiences because of it.

"It could have been anybody, truly, we just loved the sport and would have followed anybody, but since City spoke to us, we latched on and haven't looked back. We think that's what we love is that, it wasn't forced upon us, it just happened. That’s special."

Premier League Mornings Live is BACK, and Los Angeles is our destination this October. Find out all the details and how to register to attend: https://t.co/uG8alitMEv pic.twitter.com/TW24c1NFei