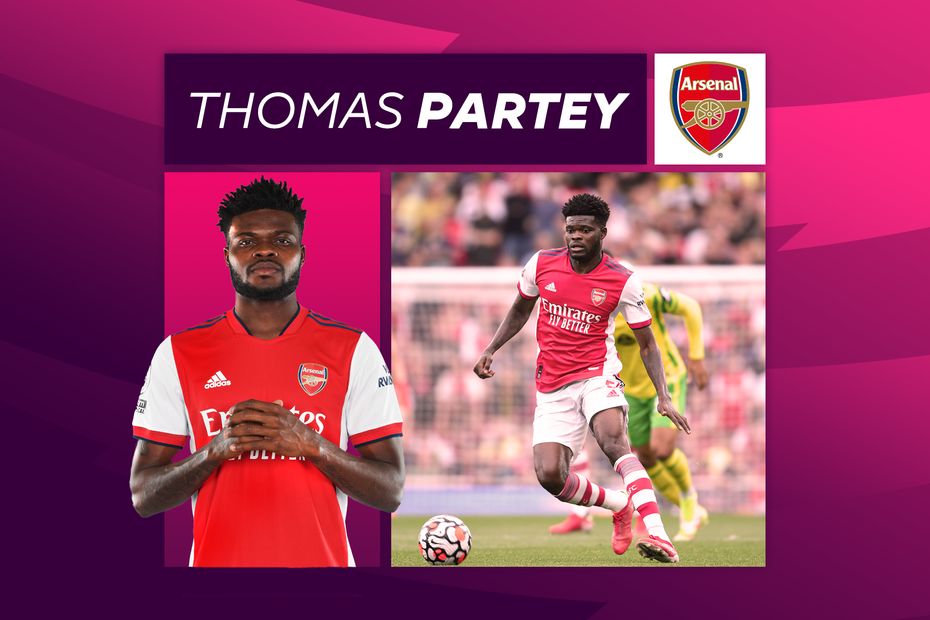 Partey's return from injury has given Arsenal an enormous boost ahead of Sunday's north London derby at home to Tottenham Hotspur.

The Ghanaian was excellent when he came on in a 1-0 success over Norwich City, and then on his first start of the campaign at Burnley.

Operating in a defensive-midfield pivot role, Partey will be Mikel Arteta's key man in Sunday’s encounter at Emirates Stadium.

The 28-year-old has the capability to act as an auxiliary central defender, and this was evident throughout the 1-0 win at Burnley in Matchweek 5.

When the ball was out wide, Partey took up positions between the Gunners' centre-backs, adding valuable height inside the box.

During that contest he made four clearances, all from inside his own 18-yard area.

Partey's presence this weekend will add an extra layer of protection when Spurs deliver crosses.

It will be fascinating to see if Arteta uses a 4-1-4-1 formation against Nuno Espirito Santo's side.

Deploying Partey as the only natural central midfielder, with Emile Smith Rowe and Martin Odegaard in front of him, was a bold move in the victory at Turf Moor.

It was also a sign of the faith Arsenal's manager has in Partey to protect his back four.

This specific set-up also facilitated a straightforward overload against Burnley's 4-4-2 system, when the Gunners had possession.

This left Partey free as the spare man between those units and he calmly dictated possession from that domain.

Spurs are likely to use three, or possibly four central midfielders, so it will not be so easy for Partey to enjoy as much time and space.

Albert Sambi Lokonga could join him at the base of the Arsenal midfield in a 4-2-3-1 shape instead.

They played superbly in tandem for 14 minutes at Turf Moor and have the potential to form a terrific partnership.

One of Partey’s standout attributes is his willingness to distribute the ball forward, with a purpose.

He is confident in his own quality and loves to ping crisp passes into Arsenal's attack, a trait that is sorely missed when he is absent.

On the back of an impressive pre-season, Partey is attempting even more forward passes than he did during his debut campaign.

The four team-mates Partey has found with the most passes in 103 minutes of action this term are Odegaard (10), Nicolas Pepe (nine), Bukayo Saka (eight) and Smith Rowe (six).

If Partey is able to dominate in midfield, it could help Arsenal record back-to-back north London derby wins for the first time since 2013/14.