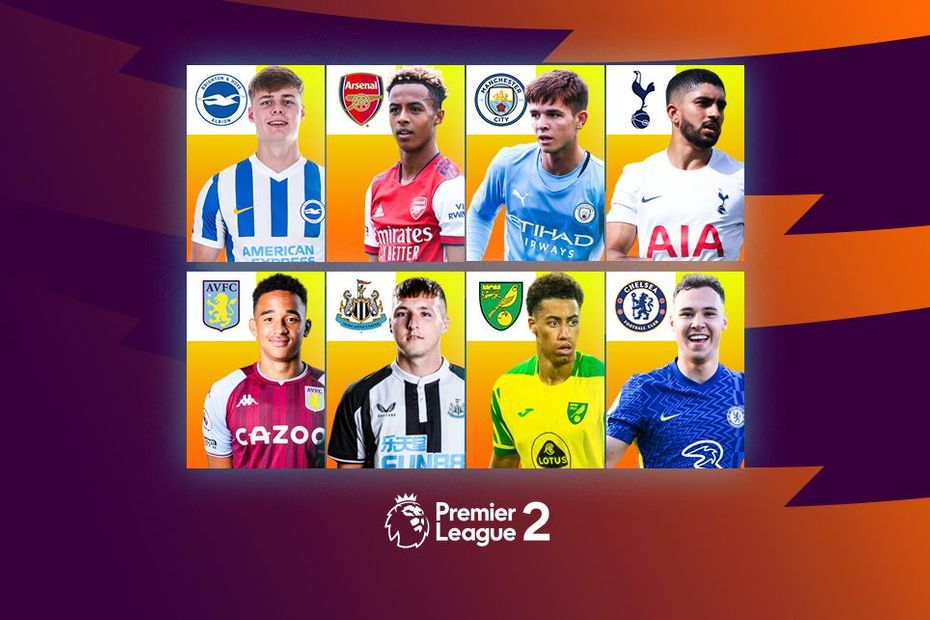 Eight youngsters shortlisted for award after impressive starts to 2021/22

Eight Under-23 players have been nominated for August's Premier League 2 Player of the Month award after their impressive performances.

The 16-year-old forward scored in all three of Brighton & Hove Albion's Division 1 matches in a memorable month. He followed up his goal in a 2-0 win at Derby County with another as the Seagulls beat West Ham United 4-2, and then netted in a 1-1 draw at Liverpool. Ferguson also made his senior debut as a substitute in Albion's 2-0 EFL Cup victory over Cardiff City.

The Arsenal striker starred in a 4-2 triumph over Crystal Palace, scoring twice, including a sensational solo effort after picking up the ball deep in his own half. He also produced two assists for Kido Taylor-Hart as the Gunners claimed north London derby honours with a 2-1 win at Tottenham Hotspur.

The 20-year-old showed terrific form across the month in Division 1, scoring as Spurs fought back from a two-goal deficit to draw 2-2 with Chelsea and then hitting a first-half hat-trick in a 4-2 victory at Leeds United.

It was a prolific month for the 18-year-old, who claimed seven goals and an assist in four matches across all competitions. His haul included successive hat-tricks in 4-2 wins against Blackburn Rovers and Manchester United. Mcatee was also on target in a 3-0 EFL Trophy victory at Scunthorpe United.

Aston Villa's 18-year-old midfielder was a driving force in Division 2, scoring the equaliser in a 5-2 comeback win over Nottingham Forest and then finding the net again in a 2-1 success at Middlesbrough. He crowned a memorable month by making his senior debut as a substitute in the EFL Cup against Barrow.

Having signed his first professional contract in July, the Newcastle United forward celebrated with four goals in an unbeaten opening three Division 2 matches. He netted in a 1-1 draw with Reading, followed that up with another in a 4-0 win at Birmingham City and finished the month with both strikes in a 2-0 triumph over Burnley.

American-born centre-back Tomkinson has flourished in his new role as captain this season. The 19-year-old helped Norwich City to a clean sheet in their opening-weekend 3-0 win at Southampton. He also scored a 90th-minute winner as the Canaries recorded their second victory in three matches, a 4-3 success at Sunderland.

The 17-year-old Chelsea midfielder registered three goals in his opening two Division 1 matches. He began the month with a brace in a 2-2 draw with Spurs and followed that up by scoring the Blues' goal in a 1-1 draw with Man Utd. Vale also registered an assist against West Ham and featured in the EFL Trophy as Chelsea beat Exeter City 4-3 on penalties, with Vale converting the first spot-kick.