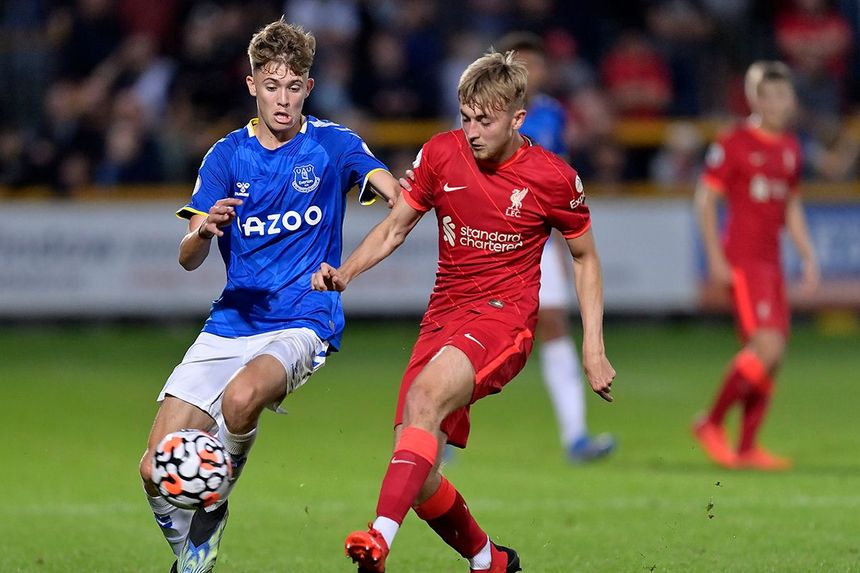 Liverpool earned their first win of the Premier League 2 season, beating Everton 3-1 in a Merseyside derby before a large crowd at Southport.

Sheyi Ojo put Liverpool ahead five minutes before the break and Kaide Gordon added a second shortly after half-time.

Substitute Rafael Garcia pulled a goal back for Everton but Max Woltman's close-range finish made sure of the points.

Harvey Vale scored his third goal in two matches for Chelsea but the Blues were held to a 1-1 draw with Manchester United thanks to Alvaro Fernandez's late leveller.

James Mcatee scored a hat-trick as Manchester City came from behind to defeat 4-2 Blackburn Rovers for their first Division 1 victory of the season.

In Division 2 a stunning free-kick from Aaron Ramsey helped Aston Villa earn a 2-1 win at Middlesbrough.