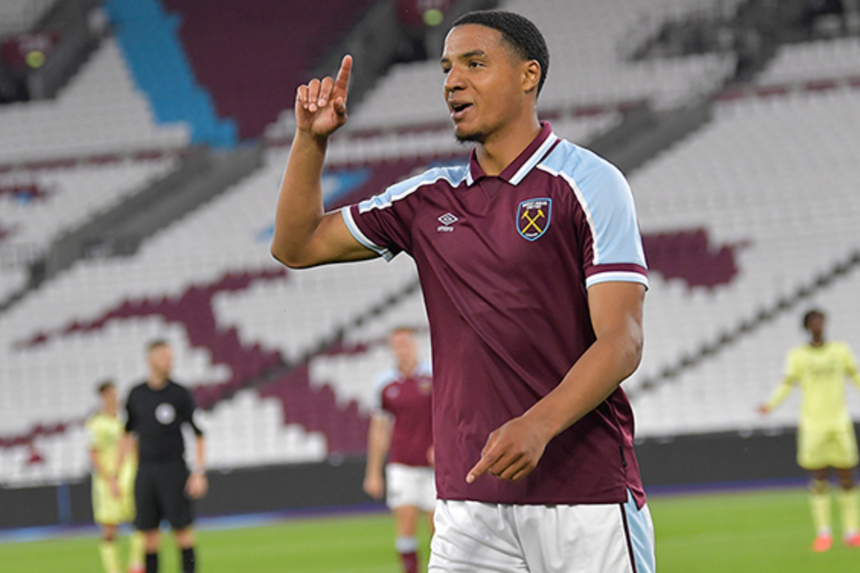 Armstrong Okoflex: It was an all-round special night for me and West Ham United U23s External Link

Armstrong Okoflex marked his Premier League 2 debut with a 20-minute hat-trick as West Ham United kicked off the 2021/22 season with a 6-1 win over Arsenal in Division 1.

The 19-year-old winger, a summer signing from Celtic, scored his first on 58 minutes, before striking in the 68th and 78th minutes against his boyhood club at London Stadium.

A blistering performance from our U23s last night against Arsenal! 🔥

Harvey Vale struck twice for the Blues, but Spurs fought back after the break through Dilan Markanday and J’Neil Bennett.

A composed eighth-minute finish from Crysencio Summerville gave 2020/21 Division 2 winners Leeds United their first goal as they won 3-1 at fellow promoted side Crystal Palace on their Division 1 debut.

😍 That cross! That finish! pic.twitter.com/U1F18pMoE7

Jake Wakeling made up for his penalty miss with a smart finish as Leicester City drew 2-2 at Manchester United on Sunday.

Cameron Peupion rounded off a fine passing move from Brighton & Hove Albion to give them the lead in a 2-0 win at Derby County.