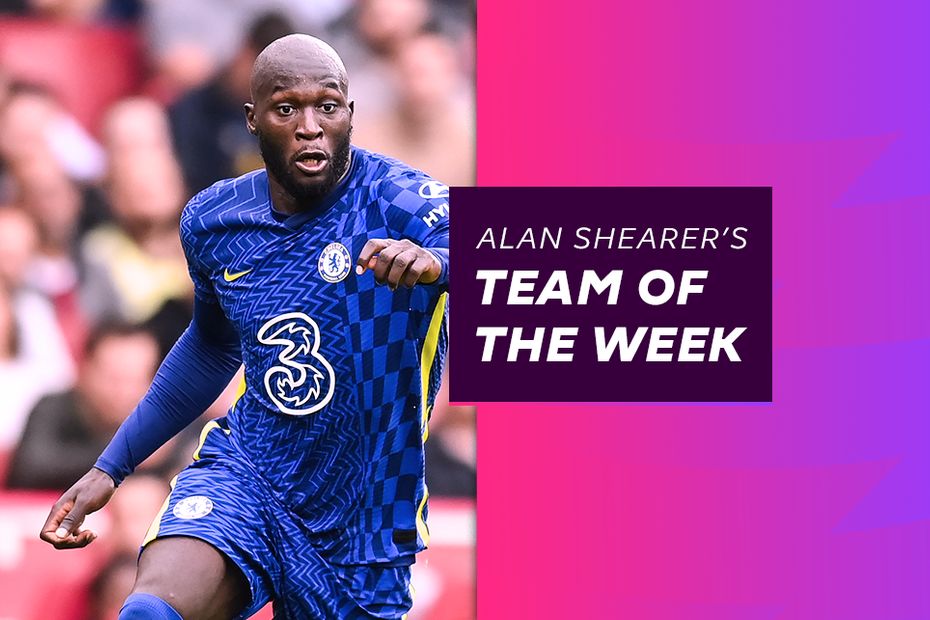 Owen: Lukaku and Chelsea a match made in heaven

The Debrief: Romelu runs the show as wing-backs prosper External Link
GW2 Lessons: Jota can help you get Lukaku

Alan Shearer says the goalscoring return of Chelsea's new signing Romelu Lukaku was as predictable as it was impressive.

The striker took just 15 minutes to find the net on his second debut for the Blues, and his flying start came as no surprise to the Premier League's all-time top goalscorer and Hall of Fame inductee.

"It was always going to happen," says Shearer, who has also named Lukaku's club-mate Reece James in his Matchweek 2 Team of the Week. "He dominated Arsenal from start to finish."

It's time for @alanshearer's Team of the Week!

He created the second goal and some of his passing was an absolute joy to watch.

A powerful display from the Aston Villa centre-back. He stood up well to Newcastle's attack.

His goal set Brighton & Hove Albion on their way to successive wins at the start of a PL season for the first time.

An assist by the left-back for the opener crowned another very good performance for Liverpool.

He created the opener, scored the second and helped keep a clean sheet. An excellent display.

A brilliant all-round performance from the West Ham captain, as his side went top of the table.

Created Brighton's second and worked tirelessly in midfield once again.

The Hammers winger scored again and assisted another to continue his excellent start.

It was always going to happen, a goal on his return to Chelsea. He dominated Arsenal from start to finish.

What a night for the West Ham forward, who is now their highest ever Premier League goalscorer.

His side have made an impressive start to the campaign, scoring four goals for a second successive match.