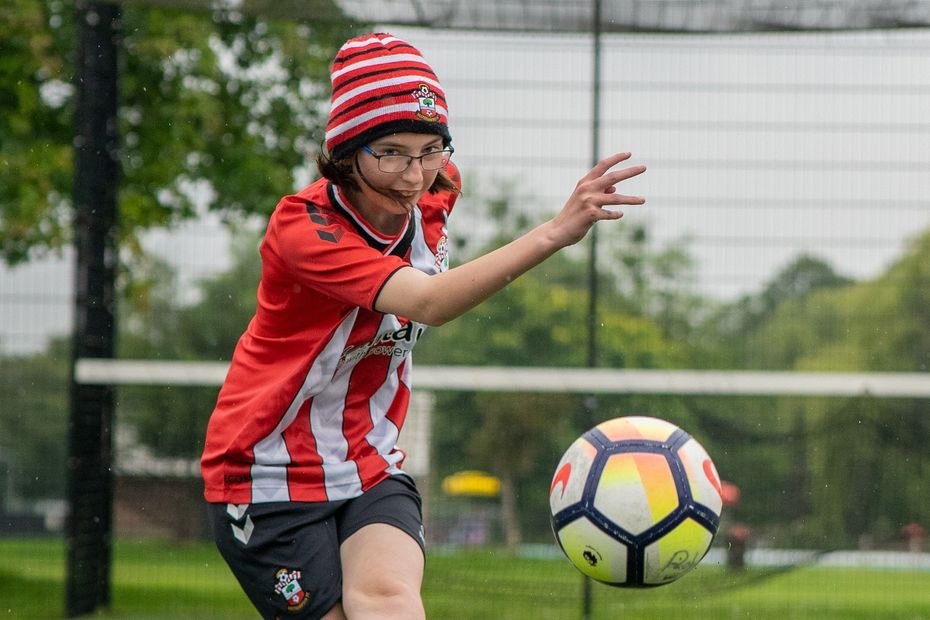 Ellie was born with a condition that affects her hearing and balance but through disability sessions run by Southampton FC's Saints Foundation, the 13-year-old's life has been transformed.

"It's just been unbelievable, the journey I've had," she told the club's official website. "I've made friends for life. I've met people that are like me."

Ellie has faced numerous challenges having been born with Congenital Cytomegalovirus (CMV) and at times she has felt alone.

"It affects things like my balance," she explained. "It means that I'm a lot more tired, and without the cochlear implants I can't hear anything, so it can be a struggle.

"I think one of the parts of isolation of being deaf is not having people like you that understand what you struggle with."

Four years ago, Ellie was introduced to the Foundation's SaintsAbility programme, partially funded by the Premier League and the PFA, where football sessions are run for players with all forms of impairments.

"What's been amazing about SaintsAbility is that they've worked with all of her disabilities - her autism, affecting her integrating with other members of the team and communicating," said Ellie's mum Christine. "The exercises around her balance, they've overcome that really beautifully.

"It's made a huge difference to her participation and engagement at school, and also to her engagement in family and community life."

Ellie has grown in confidence to such an extent that she is now assisting other SaintsAbility participants.

"When I started, I didn't know anything in terms of football," she said. "I was nervous, I was shy. I didn't have a lot of friends.

"I've been able to mentor younger players and really help them with their development. I like giving back to younger people who are in the same position as me."

To recognise Ellie's progress, she has been asked to lead a charity march as Saints Foundation celebrate their 20th anniversary on 9 October.

"I'm joining them on a walk through the city to celebrate the good work they do, raising money to help other people like me," she said. "I'm just so proud to be part of this absolutely incredible charity."