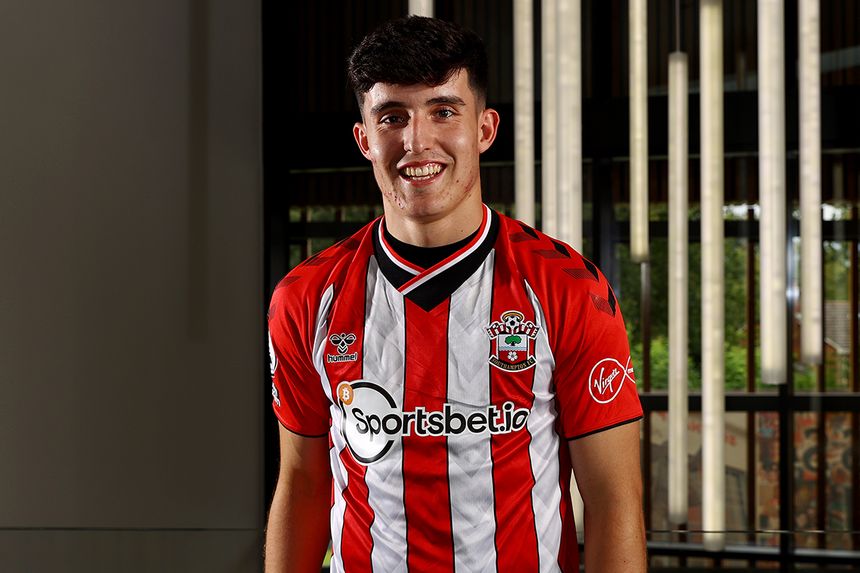 Southampton have announced the signing of 18-year-old right-back Tino Livramento from Chelsea.

The defender, who will wear the No 21 shirt, signs a five-year contract with Saints and goes straight into Ralph Hasenhuttl's first-team squad.

“To have interest from a few top clubs, to choose Southampton was sort of a no-brainer, "Livramento told the club's official website.

Hasenhuttl added: “He is one of the best young players in his position in the country and there were a lot of clubs who were interested in signing him, but finally he chose to join us.

“I think he has made a very good choice, and this will be an excellent place for him to continue his development and hopefully reach his full potential."

Livramento joined Chelsea at Under-9 level and worked his way through the ranks to win their Academy Player of the Season in 2020/21, following in the footsteps of Mason Mount and Reece James.

He was a regular as the Blues finished second in Premier League 2 Division 1 last season, scoring three goals and providing 10 assists at Academy level.

He earned a place on the bench for two Premier League matches. He has also played for England's Under-20 team.

Livramento joins Dynel Simeu in swapping the Chelsea Academy for Southampton this summer, and he will hope to make his PL debut when they visit Everton on Saturday 14 August.