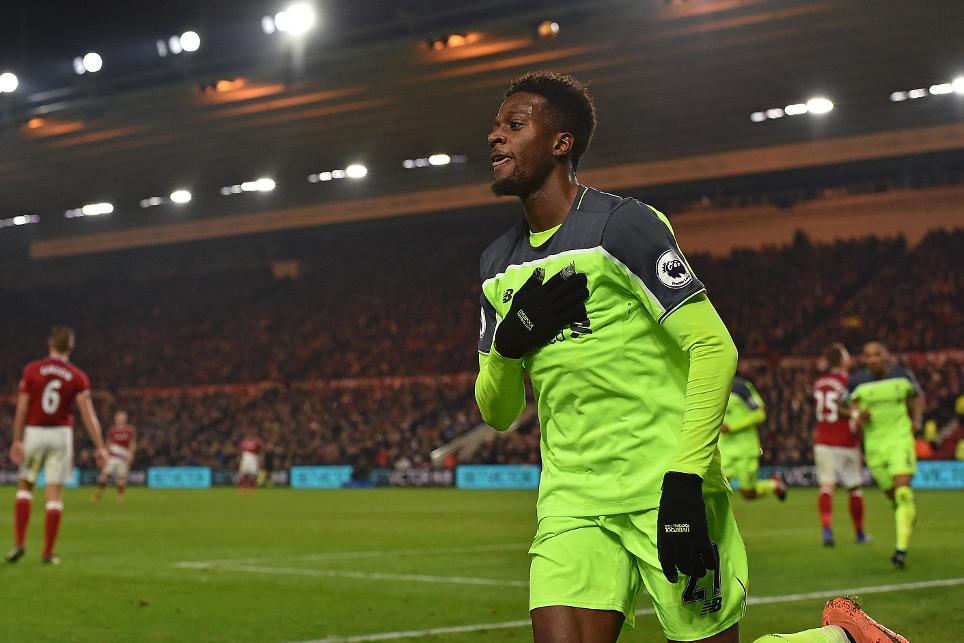 The Gameweek 16 Dream-Team selection lines up in a 3-5-2 formation, with a pair of mid-priced Fantasy Premier League forward differentials shining up front.

As many as seven players receive their first Dream-Team call-ups of the season, with Liverpool’s Divock Origi (£6.8m), West Bromwich Albion’s Salomon Rondon (£6.5m) and Paul Pogba (£8.2m) of Manchester United among those newly-recognised.

Tom Heaton (Burnley) £4.8m
The Clarets’ No 1 saved a penalty in the 1-0 loss at West Ham United and also returned maximum bonus, moving five points shy of the top of the FPL goalkeeper standings. Heaton now been called up to the Dream Team on four occasions – a total bettered only by Arsenal’s Alexis Sanchez (£11.8m), with five.

Kyle Walker (Tottenham Hotspur) £6.1m
Fielded as a wing-back at home to Hull City, Walker showed why he is the most popular defender in FPL (37.1% ownership) by serving up an assist and clean sheet in the 3-0 victory.

Ashley Williams (Everton) £4.9m
The Toffees centre-back scored his first goal of the campaign in a 2-1 comeback win over Arsenal. Williams also claimed the maximum bonus to bring in 11 points, though has managed only one clean sheet in the last 12 Gameweeks.

Pablo Zabaleta (Manchester City) £4.7m
Handed back-to-back starts for the first time since Gameweek 3, the Argentinian delivered a 14-point haul courtesy of a goal, maximum bonus and a clean sheet against Watford – only the third time this season Man City have kept an opponent from scoring.

Adam Lallana (Liverpool) £7.2m
Joint-top scorer for the Gameweek, the Liverpool midfielder supplied two goals and an assist for a 19-point return at Middlesbrough. Lallana has been subject to more transfers in than any FPL player ahead of the Gameweek 17 deadline.

Christian Eriksen (Tottenham Hotspur) £8.5m
The Spurs playmaker mirrored Lallana’s Gameweek 16 output in a 3-0 defeat of Hull City and has now racked up 37 points in his last two home matches. Sitting in 11.7% of FPL squads, Eriksen is set for heavy investment ahead of a home encounter with Burnley.

Paul Pogba (Manchester United) £8.2m
The Frenchman delivered a goal and an assist in Man Utd's win at Crystal Palace to collect his first double-figure haul of the season. With maximum bonus also accrued, Pogba is starting to pick up in form ahead of some favourable festive fixtures.

Cesc Fabregas (Chelsea) £6.9m
Preferred to Nemanja Matic (£5.1m) in the Chelsea midfield, Fabregas bagged the match-winning goal in a 1-0 triumph at Sunderland. The Blues playmaker has now produced attacking returns in each of the last three Gameweeks.

Marc Pugh (AFC Bournemouth) £4.7m
Emerging from the bench to supply an assist in the previous Gameweek, Pugh was rewarded with a first start of the campaign at home to Leicester City. He vindicated his manager's show of faith by scoring the decisive goal in the Cherries' 1-0 win.

Salomon Rondon (West Bromwich Albion) £6.5m
Owned by a mere 6.2% of managers, Rondon produced a 17-point haul at home to Swansea City thanks to a hat-trick of headers. Climbing to sixth in the FPL forward standings, he is now the top-value striker in terms of points per million.

Divock Origi (Liverpool) £6.8m
Liverpool’s in-form striker netted for the fourth successive Premier League appearance, also earning an assist in a 3-0 win at Middlesbrough. Origi has been transferred in by more FPL managers than any FPL forward in Gameweek 17 and is expected to recover from a minor knock in time for Monday’s trip to Everton.