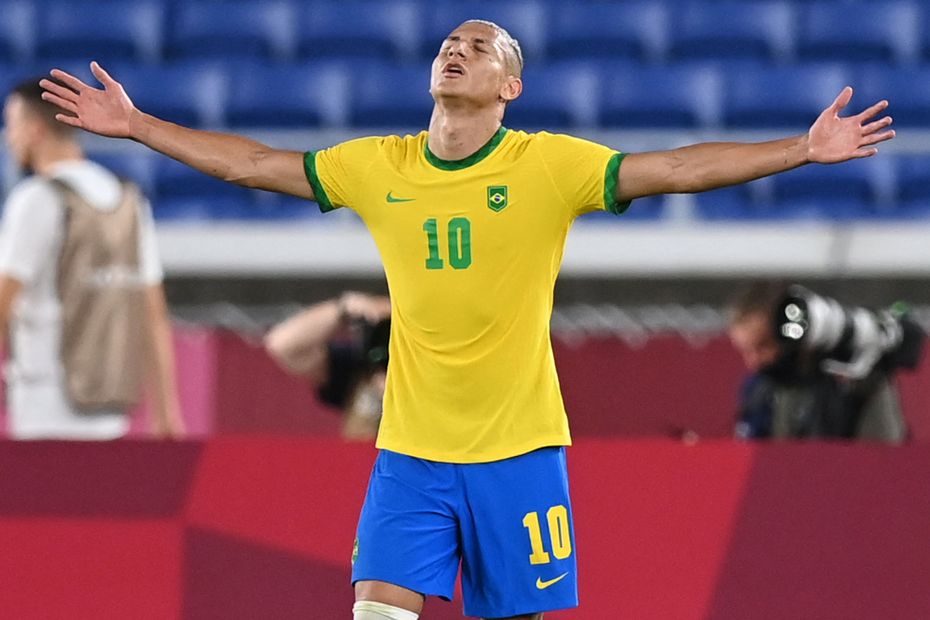 Richarlison and Chris Wood have both created history with their goals at the Tokyo Olympics.

Everton forward Richarlison has become the first Premier League player to score a hat-trick at the Games, having hit a treble inside the opening 30 minutes of Brazil’s 4-2 Group D win over Germany.

🇧🇷 The first #PL player to score a hat-trick at the @Olympics 💪#Tokyo2020 | @richarlison97 pic.twitter.com/uFYKhXYhhl

He netted the only goal as a New Zealand team captained by West Ham United defender Winston Reid beat South Korea 1-0 in Group B.

There was also a moment to remember for Southampton’s 19-year-old midfielder Caleb Watts, who came off the bench to help Australia stun Alexis Mac Allister's Argentina 2-0 in Group C.

Brazil, New Zealand and Australia sit at the top of their respective groups after the opening round of matches.

The next set of fixtures will be played on Sunday afternoon local time, or Sunday morning BST.

A total of 11 players from nine of 2021/22's Premier League clubs are involved in the Games.