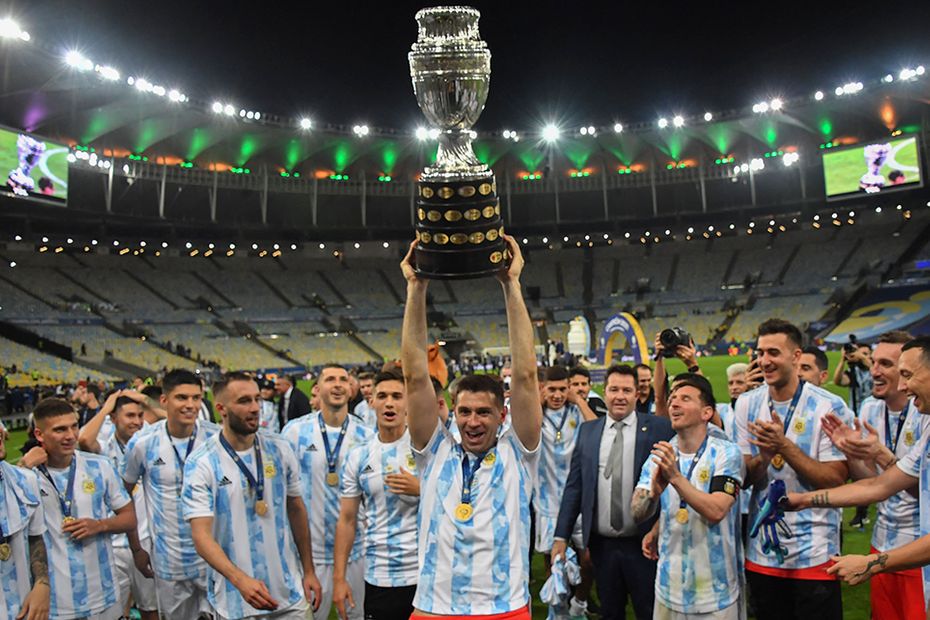 Martinez and Lo Celso both started the contest in Rio de Janeiro as Argentina won their first major title since 1993 thanks to Angel di Maria's first-half lob.

It was a fourth clean sheet for the Aston Villa 'keeper, who also saved three shootout penalties in the semi-final victory over Colombia. His efforts earned him the tournament's Golden Glove Award.

There was disappointment for the Premier League contingent in the Brazil side, who were looking to retain the trophy they won last year.

Ederson, Fred, Richarlison and Thiago Silva all started the match, with Roberto Firmino coming on at half-time.

Richarlison had one goal ruled out for offside before finding space in the area in the 54th minute for a shot on goal that was well saved by Martinez.

• 𝗙𝗢𝗨𝗥 penalty saves, including three in the semi-final.

• 𝗙𝗢𝗨𝗥 clean sheets, including one in the final.