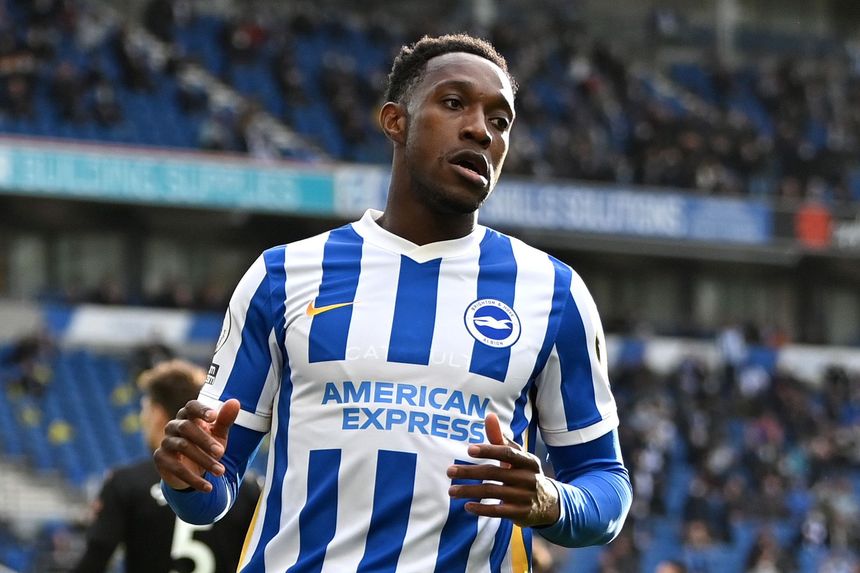 Brighton & Hove Albion’s budget players have emerged as popular picks in opening squads thanks to a kind early schedule.

At the back, Robert Sanchez (£4.5m) is the second most-owned goalkeeper in Fantasy, selected by 28.2 per cent, while defender Tariq Lamptey (£4.5m) is found in 19.6 per cent of squads.

Meanwhile, Yves Bissouma (£4.5m) is the preferred budget midfielder in the game, picked by 17.7 per cent.

Danny Welbeck (£6.0m), however, has been largely overlooked since re-signing for Brighton this summer.

Owned by a mere 1.5 per cent, the forward proved a major influence for Graham Potter’s side last season.

He scored six goals and supplied four assists over his 24 appearances.

Indeed, when selected, Welbeck was involved in 56 per cent of Brighton’s goals, more than any other regular.

That suggests Welbeck can be the Seagulls’ key attacker over their favourable opening run, which includes meetings with all three promoted sides in the first eight Gameweeks.

The Leicester City striker enjoyed the best season of his Fantasy career in terms of all-round output last term.

Combining 15 goals with 14 Fantasy assists, Vardy achieved double-digits for both statistics for the first time in a Premier League campaign.

However, the emergence of Kelechi Iheanacho (£7.5m) as a regular, added to the summer signing of Patson Daka (£7.5m), has dampened enthusiasm for the veteran.

Costing £3.0m more than each of his fellow forwards, Vardy is owned by just 8.7 per cent of managers.

Yet the statistics suggest he will still be a key figure for the Foxes.

When selected last season, Vardy was involved in a team-leading 48 per cent of Leicester's goals.

And his 34 big chances were more than any other player in Fantasy in the previous campaign.

Up against just one of last term’s top five in the opening seven Gameweeks, Vardy can thrive as a differential early on.

The Southampton striker has been among the most prolific players in the Premier League over the last two seasons, scoring 34 goals and supplying six assists.

Although he was restricted to 26 starts last term due to injury, Ings was a vital influence when selected.

The forward was involved in 48 per cent of Saints’ goals, more than any team-mate.