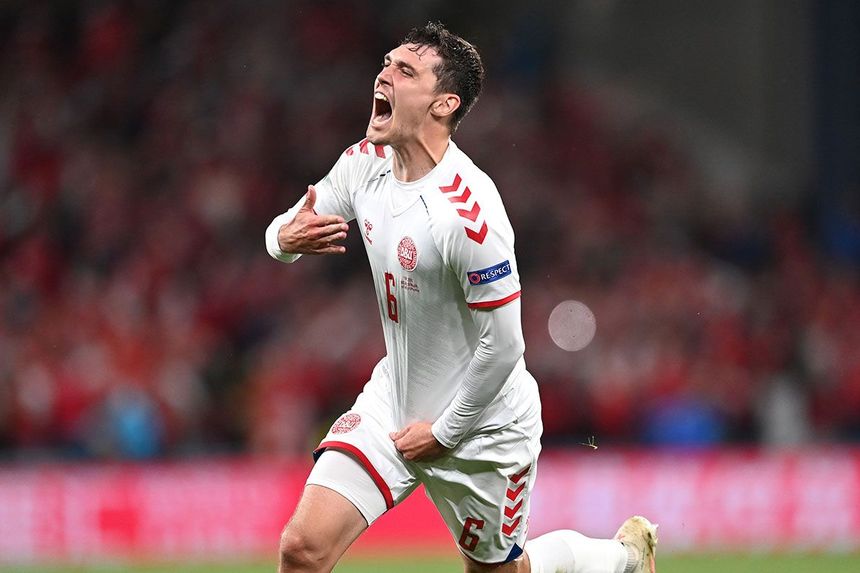 Andreas Christensen scored from distance and Pierre-Emile Hojbjerg produced two assists as Denmark overcame Russia 4-1 to qualify for the UEFA Euro 2020 round of 16.

The Danes, for whom Leicester City goalkeeper Kasper Schmeichel and Southampton’s Jannik Vestergaard also featured, had to win and hope for the other Group B result to go their way.

Chelsea defender Christensen’s 79th-minute strike from outside the area gave his side a commanding 3-1 lead.

Three minutes later Spurs midfielder Hojbjerg, who had teed up Mikkel Damsgaard for a spectacular first-half opener, provided another assist for Joakim Maehle to score his side’s fourth.

Denmark also required a helping hand from Belgium, who duly completed a 2-0 win over Finland, with the assistance of Kevin De Bruyne.

The Manchester City midfelder played former Manchester United striker Romelu Lukaku in to score his third goal of the tournament, while Brighton & Hove Albion’s Leandro Trossard also starred for Belgium, who progress to the knockout stage with a 100 per cent record.