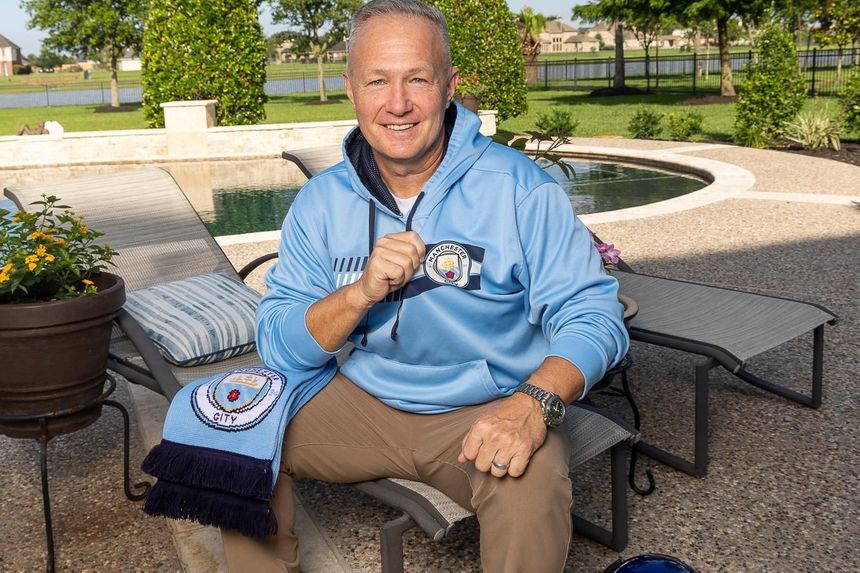 Premier League passion in the US: Fans' stories
Premier League on record high with NBC Sports
Owen: Man City the team to beat again next season

"I’m a current NASA astronaut - one of around 50. I’m a pilot, and I’ve flown in space three times.

"Most recently was the first crew flight of the SpaceX Crew Dragon almost exactly a year ago today - a two-month test mission to the International Space Station.

"I became a fan of Man City when my son was born in 2010 because, like most babies, he was up early. The Premier League was on, I started watching, and almost immediately gravitated to Man City because of their players.

Fom a personal standpoint, them being the underdog within the city of Manchester, that’s just part of my personality.

"When we go to space for these longer trips, there’s a psychological support aspect that we all have to help us keep that work-life balance in space.

"It’s important to mentally stay happy because you’re isolated. As part of that, people are allowed to send us well-wishes videos.

"Man City, via social media, had figured out I was a huge fan. They arranged for some of the players to get a video essentially with well-wishes, and it was a complete surprise.

To thank you for your support of the club, here's a message for you from @BernardoCSilva, @IlkayGuendogan, and @DeBruyneKev! 💙#ManCity pic.twitter.com/kivvGa5f0N

"When we got up there I got access to it for the first time, and it was just amazing to have guys like Kevin De Bruyne saying, ‘Hey Colonel Hurley, have a great mission.’ It’s something I will always cherish.

"There will never be a way to thank them for what that did for me psychologically and what a big boost it was.

"As part of the same support process, you’re able to just say 'Hey look, I’m a huge Premier League fan, and a huge Man City fan. Could you guys on the ground record the matches while I’m up here?'

"I thought I certainly wasn’t going to be able to watch live just because of the work times. But when we’re in communication coverage, they can beam up one live television network. Because our clock is GMT, we were roughly on the same time as the UK.

"So when our workday finished up, and Project Restart was going, we could watch it on one of our computers. We would have dinner and my crew-mates were like, 'Sure, we’ll watch it with you.'

"It’s surreal to some degree that you’re on the ISS, orbiting the earth, 250 miles above the surface at 17,500 miles per hour, and you’re sitting there watching Premier League live like any other family is doing.

"You get used to your new environment quickly, but you’re still there like, ‘I’m one of three human beings watching Manchester City from space.’ It just strikes you as a weird, surreal moment.”