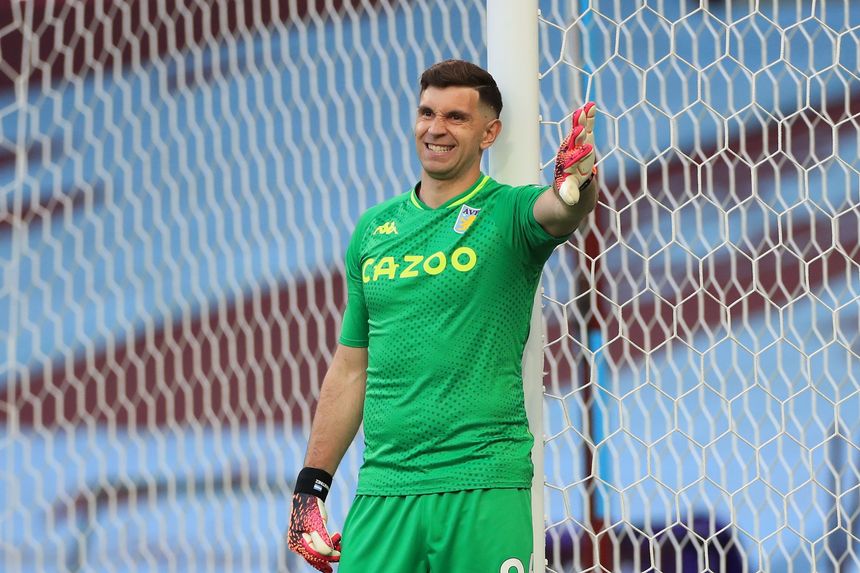 From another clean sheet for the Villa goalkeeper to Klopp's landmark victory, see the matchweek's top facts

Nominees to join Hall of Fame in 2021

Emiliano Martinez ensured it was a frustrating evening for Everton as the Aston Villa goalkeeper claimed yet another clean sheet in an impressive first season at the club.

It was Martinez's 15th shutout of the campaign, meaning he has drawn level with a Villa legend for the number of clean sheets in a single Premier League season.

For more on this and other must-know facts from the 35th round of matches, read below. To see the reports and key data, click on the results.

Leeds United are the first side to be unbeaten at home to Arsenal, Chelsea, Liverpool, Manchester City, Manchester United and Tottenham Hotspur in a season since West Ham United in 2015/16, and only the third promoted side to do so, after Ipswich Town in 2000/01 and Birmingham City in 2009/10.

Man City are the first team to miss at least four penalties in consecutive PL seasons since Spurs in 1993/94 and 1994/95.

Thiago became the 140th player to score a PL goal for Liverpool, and the first to score his first goal from outside the box since Divock Origi in December 2015.

Since Wolverhampton Wanderers returned to the top flight in 2018, only Man Utd (54) have recovered more points from losing positions in the competition than Nuno Espirito Santo's side (51).

Man Utd have won 10 top-flight matches after conceding first this season, a record by a team in a single season in the competition. They have also recovered 31 points from losing positions, with only Newcastle in 2001/02 recovering more in a single season (34).

Dominic Calvert-Lewin has scored 16 PL goals in 2020/21, the joint-most by an English player for Everton in a single PL season along with Tony Cottee in 1993/94.

Emile Smith Rowe is the fourth Arsenal player aged 21 or under to score in the PL this season, along with Bukayo Saka, Gabriel Martinelli and Eddie Nketiah. No team have had more different U21 scorers in the competition this term.

Chris Wood scored his 50th goal for Burnley in all competitions - 18 more than any other player for the Clarets since making his debut for the club in August 2017.

Fourteen of Southampton's 44 Premier League goals this season have come from set-piece situations (excluding penalties), the highest ratio in the division (31.8 per cent). Che Adams' strike was from a corner.

Arsenal completed their first Premier League double over Chelsea since the 2003/04 season, while this was their first league win at Stamford Bridge since October 2011, ending an eight-match winless run there (D2 L6).

Emiliano Martinez kept his 15th clean sheet in the Premier League this season, equalling Brad Friedel's record from 2009/10 for the most shutouts kept by an Aston Villa goalkeeper in the competition.

This was Liverpool's first Premier League win at Old Trafford since March 2014, while it was manager Jürgen Klopp's first away win against Man Utd with the club.