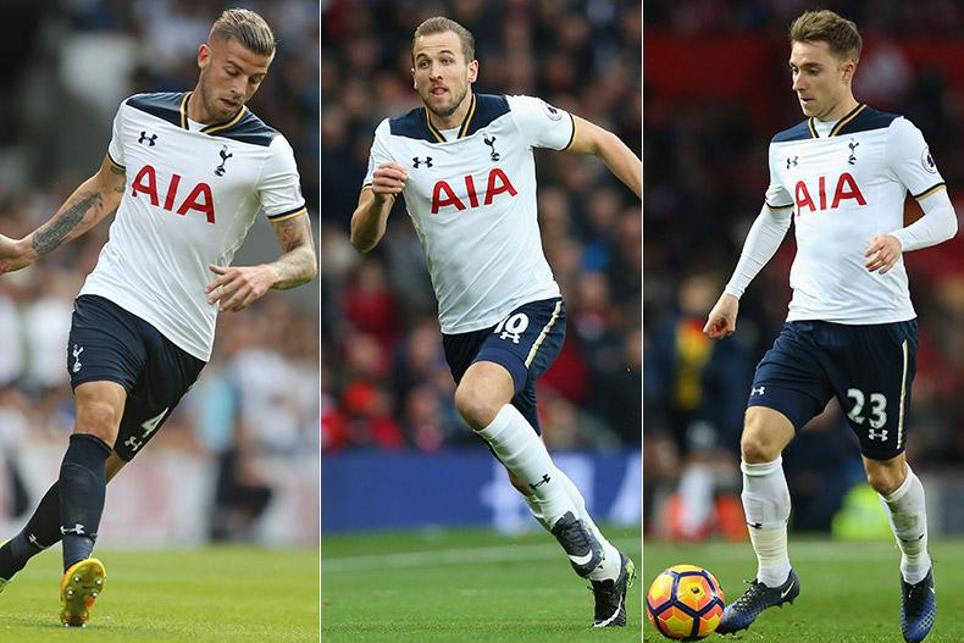 After a disappointing 45 points from our Gameweek 15 line-up, we're looking to Tottenham Hotspur to spark a revival.

Swooping for a player from all three outfield positions, we are backing Mauricio Pochettino's side to recover from Sunday's defeat at Old Trafford with a victory against struggling Hull City, delivering both attacking and defensive returns.

Lee Grant - Stoke City - £4.2m
A mainstay of the Scout Selection since Jack Butland's (£4.6m) injury. Grant faces a Southampton side who have mustered just three goals in their last six Premier League matches, a fixture that could deliver the Potters' keeper a fifth clean sheet; his third in four Gameweeks.

Toby Alderweireld - Tottenham Hotspur - £6.3m
Restored to the Spurs back four at Old Trafford, the Belgian offers a potent threat at set-pieces, coupled with strong clean-sheet prospects against Hull City. Pochettino's defence have shipped just a single goal in four home matches with Alderweireld in the starting line-up.

Chris Brunt - West Bromwich Albion £4.9m
With Craig Dawson (£4.8m) suspended, Brunt could be shifted to left-back on Wednesday, having been deployed as a midfielder in recent Gameweeks. Nevertheless, his quality at set-pieces offers extra points potential against a Swansea City side with just two goals in their previous three away trips.

Gabriel - Arsenal - £4.8m
The Brazilian is expected to move into central defence in the absence of the injured Shkodran Mustafi (£6.0m), offering a cheap route into Arsene Wenger's backline. The Gunners boast just a single clean sheet in their last eight but have conceded a mere five goals away from home all season. Meanwhile, opponents Everton have scored just six in the last six Gameweeks.

Alexis Sanchez - Arsenal - £11.7m
A shoo-in ahead of tonight's trip to Goodison Park, Sanchez has fired eight goals on the road so far and blitzed a West Ham United defence in his last away trip. Everton have kept just a single shutout in the last 11 Gameweeks and will do well to shackle the Chilean.

Christian Eriksen - Tottenham Hotspur - £8.4m
Over the last four Gameweeks, the Dane sits top for goal attempts from midfield and ranks second only Sanchez for chances created. With an 18-point return in his last home outing, Eriksen was an assured selection ahead of the meeting with an obliging Hull City defence.

Michail Antonio - West Ham United - £6.7m
Back on the scoresheet at Anfield on Sunday, Antonio led the attack against Liverpool and could be stationed in that role again for the visit of Burnley to the London Stadium. The Clarets have shipped 15 goals in just six away trips.

Yaya Toure - Manchester City - £7.5m
Restricted to a bench role in Saturday's defeat to Leicester City, the Ivorian would seem in line to start at home to Watford. Toure could be deployed as a false nine or behind a lone striker; either way, he offers a goal threat and may well be on spot-kick duties in Sergio Aguero's (£12.9m) absence.

Diego Costa - Chelsea - £10.9m
Another sure-fire selection, the Chelsea striker arrives at the Stadium of Light having delivered points in 13 of 15 Gameweeks starts. The Black Cats defence has conceded an average of two goals per match on home turf.

Harry Kane - Tottenham Hotspur - £11.3m
The final pick from Pochettino's line-up for the visit of Hull, Kane will sport our Gameweek 16 armband having scored a brace in each of his two previous White Hart Lane outings.

Remember the deadline for FPL transfers for Gameweek 16 is tonight at 18.45 GMT