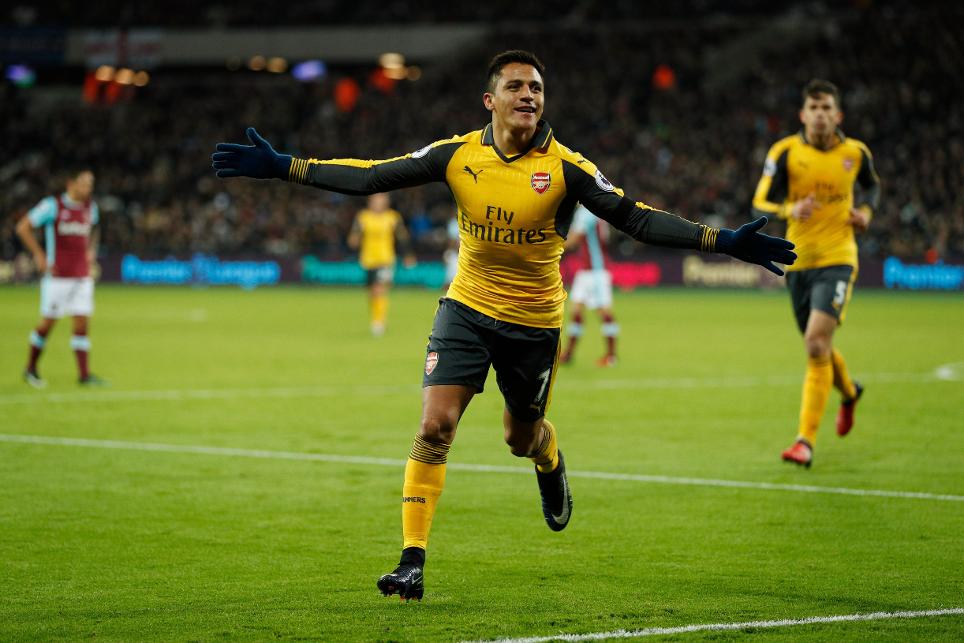 Alexis - How I relax away from football External Link

Sanchez travels to Everton for this evening's encounter looking for a fifth double-figure haul away from home.

The top-scoring player in FPL, the Chile international served up 23 points in his previous road trip and faces a side who have conceded in each of their previous 11 Gameweeks.

Kane, meanwhile, has scored twice in both his home appearances since returning from injury last month, producing 13-point hauls against West Ham United and Swansea City.

Owned by 19.3% of Fantasy Premier League managers, the Spurs striker faces a defence that has conceded more goals (32) than any other over the opening 15 Gameweeks.

The England striker is not the only prospect in the Spurs ranks, however. Christian Eriksen (£8.4m) has served up three goals and an assist in his previous three appearances to put his hat into the ring.

The most popular player in FPL, Costa has scored or assisted in six of his seven away appearances under Antonio Conte.

But Hazard has been far less reliable on his travels, producing points in just three of his seven road trips.

Sadio Mane (£9.4m) and Divock Origi (£6.7m) are Liverpool’s form attackers ahead of a trip to Middlesbrough.

Mane has produced a goal and four assists in the last three rounds of fixtures, climbing to third in the FPL midfield standings.

Origi, meanwhile, has netted in four successive appearances across all competitions.

They entertain a Burnley side who have shipped 15 goals in six away matches.

Up next, he visits a Crystal Palace defence with a single clean sheet to their name all season.

He snapped back into form with a stunning hat-trick at home to Manchester City on Saturday evening.

Transferred in by more than 39,000 FPL managers since the weekend deadline, the Foxes forward faces AFC Bournemouth, who have conceded three times in each of the last three Gameweeks.