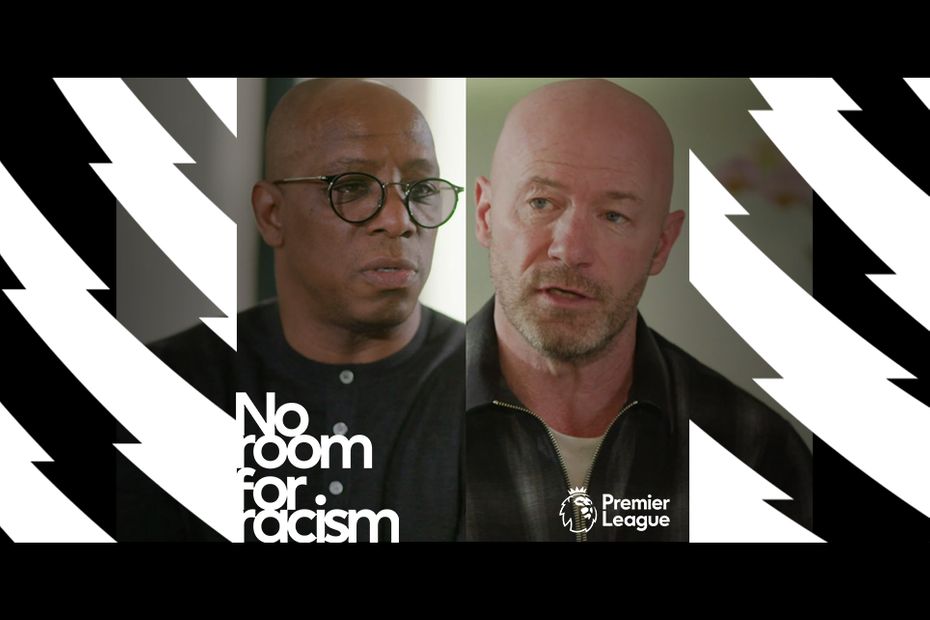 English football to boycott social media this weekend
How to report abuse on social media
Wright: Social media companies must do more to combat racism

Ian Wright has revealed how receiving online racist messages has become a part of daily life as he calls on social media companies to clamp down on discriminatory abuse on their platforms.

As part of the Premier League's No Room For Racism initiative, the former Arsenal and Crystal Palace striker sat down for a chat with close friend Alan Shearer about the abuse he receives on a regular basis, sharing with him an offensive message he got that very morning.

"It makes you feel very dehumanised," Wright said. "You feel like nothing. There's nothing you can do. You're helpless.

"It's a regular occurrence simply because there are no consequences to some of these people's actions."

Seeing the message was a shock for Shearer, to whom it showed the scale of the issue on online platforms.

"I see social media and it's happening more and more," he said. "I wouldn't even read that [message] out.

"No way ever would anyone ever come up to you in the street and say that. That language is disgusting."

An important part of the battle against racism is allyship and standing together with family, friends and colleagues who are receiving abuse.

Shearer was eager to find out more about the issues his friend is facing and how best he can support him.

"To still be somebody who's willing to step out of that comfort zone, of being afraid because of what it might do, is exactly what as a community we need," Wright said.

"Alan Shearer saying that kind of stuff and being honest about what he's trying to say, knowing that there are pitfalls to what he may say, but he's willing to do that because it's wrong."

The pair also talked about their experiences of dealing with discriminatory abuse when they were playing.

Wright highlighted an example of abuse he experienced from fans while playing at Leeds United early in his career, when the supporters themselves instigated positive change.

"When I was younger, I loved Leeds," Wright said. "But the first time I went to play there for Palace, they were singing stuff to me and Brighty [Mark Bright]. And that's the kind of stuff where, when you go into the dressing room, that shakes you.

"But Leeds fans, they stopped it. They, to a man and a woman themselves, got up and said, 'We're not having that, we're not accepting that here.'

"And slowly, one by one, they dealt with it."

Although things have improved, discriminatory abuse is still a major issue, especially on social media platforms.

And this weekend, the Premier League and its clubs will join other leagues, governing bodies and organisations across English football and wider sport to boycott social media.

The boycott is part of the demand that social media companies must do more to stop online abuse, something Wright feels is essential if the problem is going to be eradicated.

"I could wake up every morning and I could show you a racist direct message," he said. "And of course that deflates you for a bit but we're on the road to better things.

"Now of course we need the powers that be, the people that are in control of these kinds of platforms to do more. Of course we do.

"What we've got more now than we've ever had is so many white people who are very much anti-racist and they don't want to just stand on the side.

How can you help?

By reporting online discriminatory abuse, you can help stop this unacceptable behaviour and protect others  from seeing the abusive content. Everyone has a responsibility to report online hate.