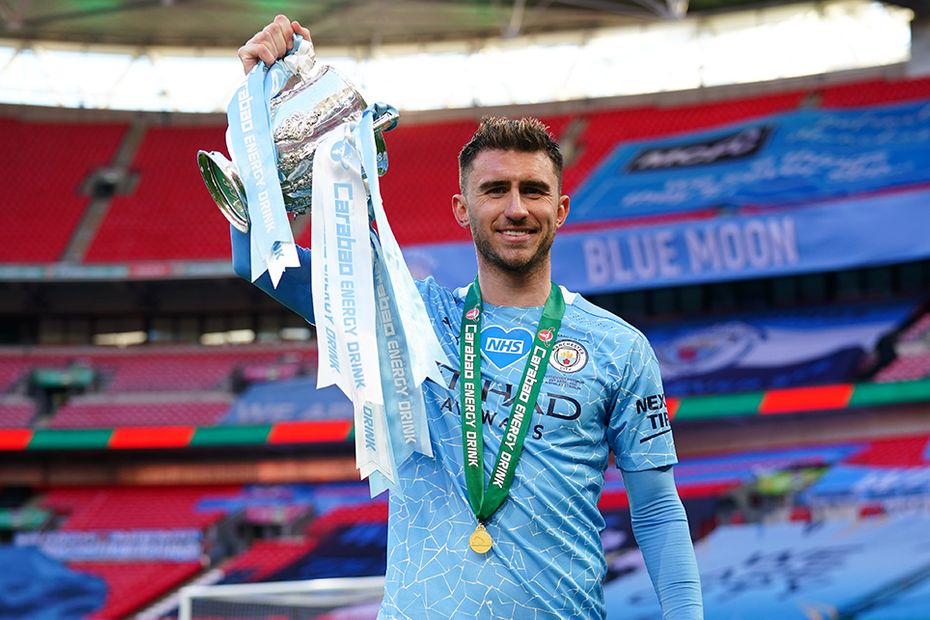 When the 2020/21 Premier League title can be won
Sherwood: Foden is a giant of a footballer
Flashback: Balotelli earns dramatic win over Spurs

Manchester City have won the EFL Cup for the fourth successive season after Aymeric Laporte secured a 1-0 victory over Tottenham Hotspur in front of 8,000 fans in the final at Wembley Stadium.

The centre-back headed in from Kevin De Bruyne's free-kick on 82 minutes to win the trophy for City, who could add the Premier League title next weekend if they beat Crystal Palace and second-placed Manchester United lose to Liverpool.

Pep Guardiola's men had the best chances throughout. In the first half, Raheem Sterling's close-range shot was blocked by Eric Dier before Toby Alderweireld deflected Phil Foden's goalbound strike on to the post.

Alderweireld had fired just wide from long distance for Spurs, who started Harry Kane after he recovered from an ankle injury, with their best chance early on.

After the break, Hugo Lloris saved well from Riyad Mahrez before Laporte scored the decisive goal to earn the club's eighth EFL Cup final win, the joint-most by any club.

As City have already guaranteed UEFA Champions League football for next season, their EFL Cup victory means qualification for the new UEFA Europa Conference League will now go to the next-highest ranked team not qualified for UEFA competitions in the Premier League.