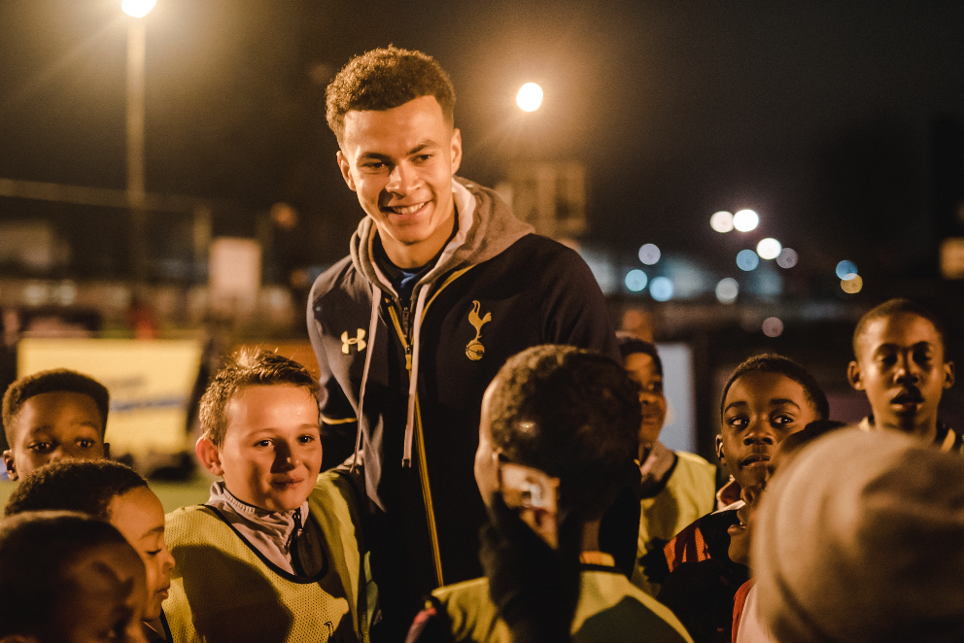 Dele Alli helped to inspire a new generation of budding footballers when he visited the Ferry Lane Estate in Tottenham Hale to launch the Premier League Kicks Heroes campaign.

The comic strip tells the story of Sivan, nominated by Tottenham Hotspur as their PL Kicks Hero, and his journey from playing football in the streets of Haringey, becoming one of the first PL Kicks participants in 2006, to becoming a professional coach.

"What he has done is an unbelievable story," Alli said. "He deserves a lot of credit and is a real inspiration to these kids. He has worked hard and they can see that he has done something with his life."

Dele Alli and Sivan Sherabayani, the first of the #PLKicksHeroes, take a stroll around Ferry Lane, one of the programme's original sites... pic.twitter.com/wH2UqEUP9n

The PL Kicks Heroes campaign marks the 10-year anniversary of Premier League Kicks, which started in 2006 with four pilot projects and is now delivered by 68 professional clubs across the country.

"A programme likes this is massive for this area," Alli said. "Not only does it gives the kids a safe environment to come and work with some top coaches, it also sets them up for the future and gives them a lot of opportunities to have a career.

"It gets the kids off the street. You never know what they could be doing nowadays so it's important that they are here in a safe place where they are with their friends."

Alli met youngsters who use the pitch every week as Tottenham Hotspur Foundation coaches took charge of a regular PL Kicks session.

Adoni, 11, has been a PL Kicks participant for the last four years and says the programme is an important part of his life.

"We all enjoy it," he said. "Friends and family come to watch you and you feel like you are a Premier League player.

"If I wasn't playing in Premier League Kicks, I would be at home on my phone and not being active. I would recommend this to children who want to play football. They should dream and believe that they can become a footballer and don't give up.

"I was very excited to meet Dele Alli. I was asking all sorts of questions and he gave me answers that inspire me to be a famous footballer. If I believe I can be like him."