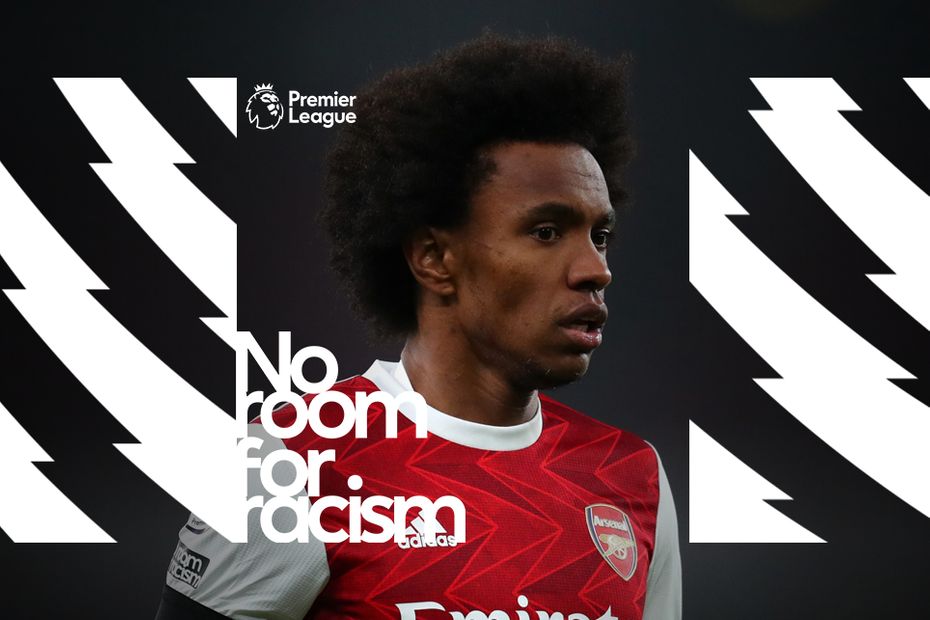 How to report racism External Link

Arsenal winger Willian says the racist abuse he receives on social media sometimes leaves him frightened to check his phone.

The 32-year-old Brazilian last month shared examples of the abuse he has received, which has left him considering deleting his social media accounts.

"It's really, really affected me when they say about my family," he said. "If they want to criticise me, that's no problem, I will always accept that. But when they come to attack you and your family with bad words that I cannot say here, that hurts. That's really affected me and it's a big problem."

And asked whether he is scared to check his phone after a match, Willian replied: "Sometimes, yes, to be honest, because we are human. I want to understand who these people are and who they think they are to come to speak like that with us.

"We have personal problems and families have a lot of problems as well, so sometimes you're not in a good day, you have a bad game and they come and they say these kind of words that hurt you. That's why we want to stop it. Enough is enough."

"I feel that straight away I want to delete my social media accounts. I have seen some people [do that] because of the racism and the abuse."

Here are some ways you can help to #StopOnlineAbuse

Last month, Arsenal began its #StopOnlineAbuse campaign as part of a collective effort within football aimed at combating discrimination and abuse on social media.

In January, the Premier League launched its No Room For Racism Action Plan, outlining a series of commitments aimed at creating greater access to opportunities and career progression for black, Asian and other minority ethnic groups in football, and actions to eradicate racial prejudice.

Willian says he is speaking about social media abuse "to take action against racism" and has advised younger players not to be afraid about standing up to online discrimination.

"Share with the authorities, put on social media and never have fear to speak about it because these people have to pay for that," Willian said.

"I don't know why they do that... so the advice is that we have to speak out, we have to share on social media.

"We need it to change. To change it, we need action."