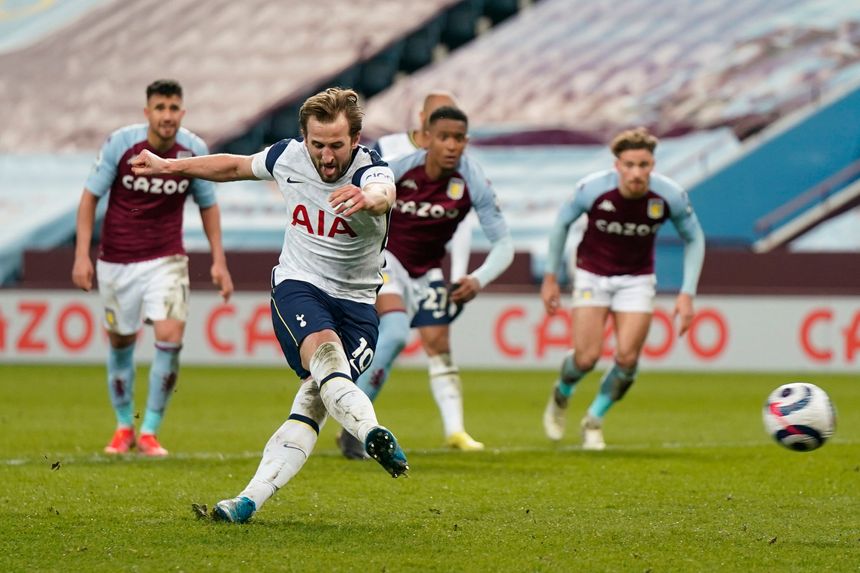 More than two million Fantasy Premier League managers who had put their faith in Harry Kane (£11.5m) were rewarded as the top captain for the reduced Gameweek 29 scored.

The most-popular armband pick for the fourth time this term, Kane found the net with a second-half penalty in Tottenham Hotspur's 2-0 win at Aston Villa, in one of four matches in Blank Gameweek 29.

Kane was also the overwhelming favourite among the leading 100 FPL managers, handed the armband by 85 members of this group.

In second spot, Raphinha (£5.6m) rewarded his backers with the winning goal as Leeds United triumphed 2-1 at Fulham. The Brazilian's sixth strike of the campaign earned him eight Fantasy points at Craven Cottage.

Aubameyang failed to register an attacking return despite Arsenal fighting back to draw 3-3 at West Ham United.

Brighton & Hove Albion captain Dunk rewarded his owners with six points as he earned a clean sheet in the 3-0 victory against Newcastle United on Saturday.

Gareth Bale (£9.6m) was the No 1 transfer target ahead of the Gameweek 29 deadline, but much to the disappointment of his new owners he was left on the bench at Villa Park.

Jesse Lingard (£6.1m) earned more than 678,000 new owners, and he showed why with a spectacular goal and an assist at London Stadium on Sunday.

The on-loan midfielder had averaged more than 7.3 points per match in his six appearances for West Ham prior to Gameweek 29, the best average in FPL this season.

Somewhat surprisingly only 353,319 played their Free Hit chip, far fewer than the 1.4million when there were six fixtures in Gameweek 18.

Son Heung-min (£9.4m), who missed out through injury, was the most-sold player, while Ilkay Gundogan (£6.1m) and Dominic Calvert-Lewin (£7.6m) were shipped out as they did not have a fixture in Gameweek 29.