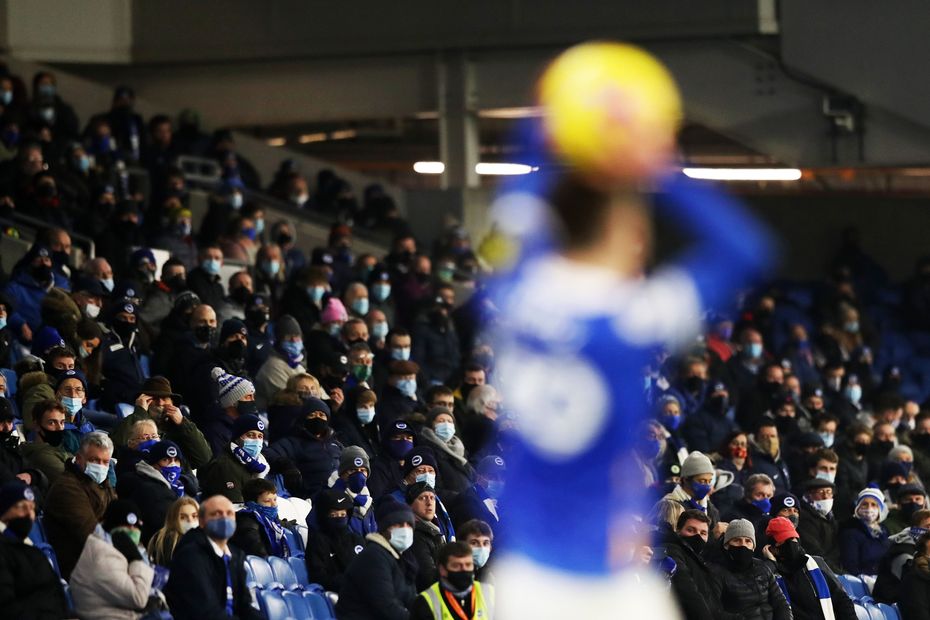 Masters: The past year has been an incredible journey
Game On scheme supports return of grassroots football
Coronavirus: Latest on how clubs support community

Premier League Chief Executive Richard Masters has expressed his hopes to have the final two sets of this season’s fixtures played in front of up to 10,000 fans ahead of the 2021/22 campaign featuring full stadiums once more.

Under the UK Government’s roadmap for exiting the lockdown brought about by the coronavirus pandemic, large seated events such as Premier League matches could be allowed attendance of up to 10,000 fans or 25 per cent of capacity from 17 May.

"The Government’s roadmap is really welcome because it sets out a plan for a return of supporters, so hopefully the final two fixtures of our season will have up to 10,000 supporters in them all," Masters said.

"We’ve got to go past those first initial steps in the Government’s roadmap to get there, so hopefully that will be a fantastic finale to the end of our season.

"From the beginning of next season onwards, our goal is to have full stadiums and obviously the Government’s roadmap offers us that opportunity.

"There’s a lot of water to pass under the bridge before that can happen but that’s our ultimate goal: the return of full vibrant Premier League stadiums and a return to the normal Premier League."

Vaccine light at end of tunnel

A limited number of fans were allowed back into Premier League stadiums at the end of last year but this soon ended with the surge in COVID-19 cases and the return of lockdown.

This time around a successful vaccination programme will be key to the return of fans in football and other sporting and cultural events, said Masters.

"The vaccination programme is the light at the end of the tunnel,” he said. "It’s the thing which changes everything, from being controlled by the virus to controlling the virus and returning to some semblance of normality.

"If the vaccination programme works, in the way that Government wants it to work, that will bring the return of full Premier League stadiums and theatres and cinemas and ticketed events generally."