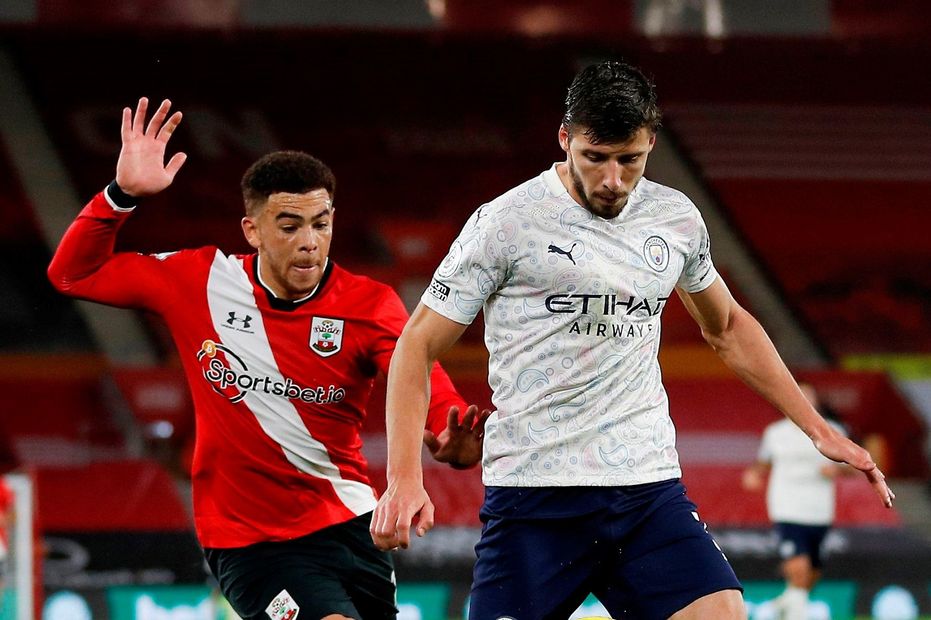 Danny Ings is expected to be out until after the international break with a muscle injury, joining Theo Walcott, Oriol Romeu, Will Smallbone and Michael Obafemi on the sidelines for Southampton.

Man City have won their last 13 Premier League matches played on a Wednesday, which is a record on that specific day.

Raheem Sterling has scored or assisted 11 PL goals against Southampton, his second-best tally against a club after his 14 goal contributions against West Ham United.

Southampton can be the first PL team to beat three different league leaders in a season, after overcoming Everton in October and Liverpool in January.

No player has been involved in more PL goals for Southampton this season than James Ward-Prowse's 11, after six strikes and five assists. He has netted seven goals in all competitions this term, his joint-best return in a single season for Saints.