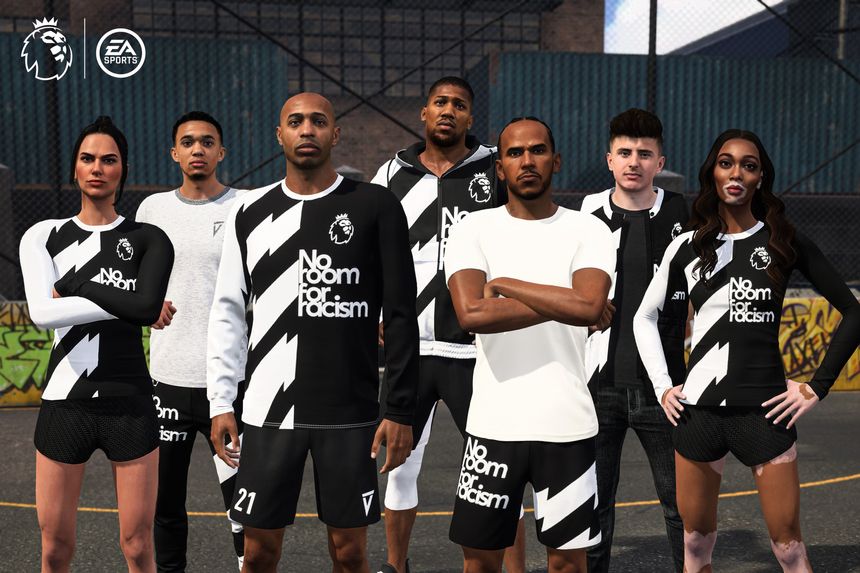 A week after dropping a No Room For Racism FUT Kit, TIFO, stadium theme and badge in FIFA Ultimate Team, EA continues to back up its fight against all forms of discrimination in VOLTA.

Players of VOLTA can show their support for the battle against racial prejudice with a new No Room For Racism VOLTA Ladder, including Jersey, Windbreaker, Cargo Pants and more. These are available until 26 March.

EA and the Premier League are also encouraging fans to play their part in the fight against racism by reporting it whenever they encounter it.

Challenge it, report it, change it, and together we can make a positive impact.

There is no room for racism, anywhere.