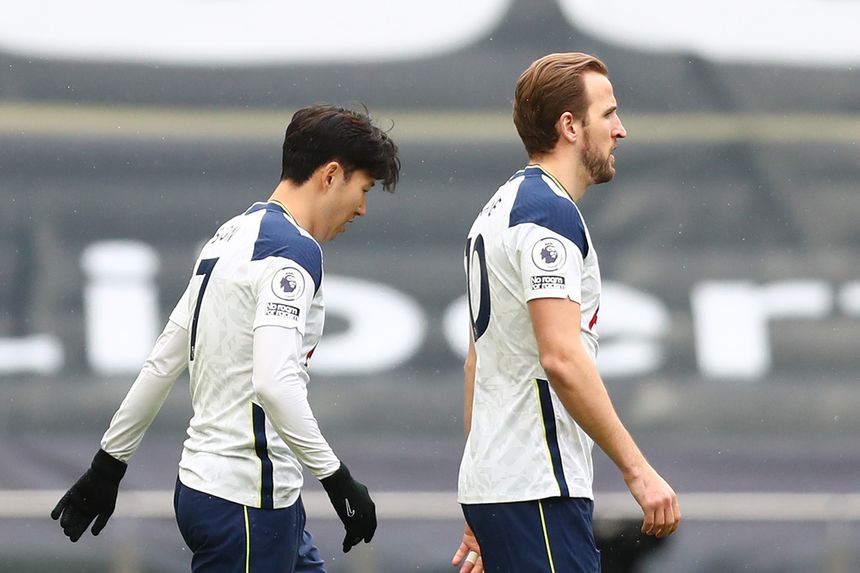 A shock return from injury for Harry Kane (£11.0m) not only frustrated his sellers but also helped Son Heung-min (£9.7m) justify being the second-most popular Fantasy Premier League captain in Gameweek 23.

Kane started after missing the last two matches with a double-ankle injury and he scored the opening goal for eight points before Son added the second in Tottenham Hotspur's 2-0 home win over West Bromwich Albion. Son ended up with 10 points.

More than 1.1million managers captained Son, while Kane was sold by 281,000, both the second-highest figures in their respective categories for GW23.

Bruno Fernandes (£11.5m), now the top-scoring player (169 points) and most-selected in FPL (59 per cent), showed why he was the most popular captain as he claimed seven points in Manchester United's dramatic home 3-3 draw with Everton.

More than 958,000 managers gave Liverpool's Mohamed Salah (£12.7m) the armband against leaders Manchester City despite a run of blanks. Although his side lost 4-1 on Sunday, Salah scored Liverpool's only goal for a return of seven points.

After failing to start either of Chelsea's last two matches, Fantasy managers lost patience with Ben Chilwell (£6.0m), with a GW23-high 283,000 parting company with the left-back.

That move paid off as although he did start in his side's victory over Sheffield United, he came off on 62 minutes and returned only two points.

Wilfried Zaha (£7.2m), who did miss out through injury, completed the top three most-sold players.

But the West Ham United forward blanked for only the second time in his last six outings to score only two points at Fulham.

Aaron Wan-Bissaka (£5.5m) recorded a career-best 17 points against Southampton in Gameweek 22, prompting more than 318,000 to acquire the full-back.

Wan-Bissaka was chosen narrowly ahead of West Ham duo Antonio and Tomas Soucek (£5.4m). The quarter of a million who brought in Soucek saw the midfielder return zero points after a late red card at Craven Cottage.