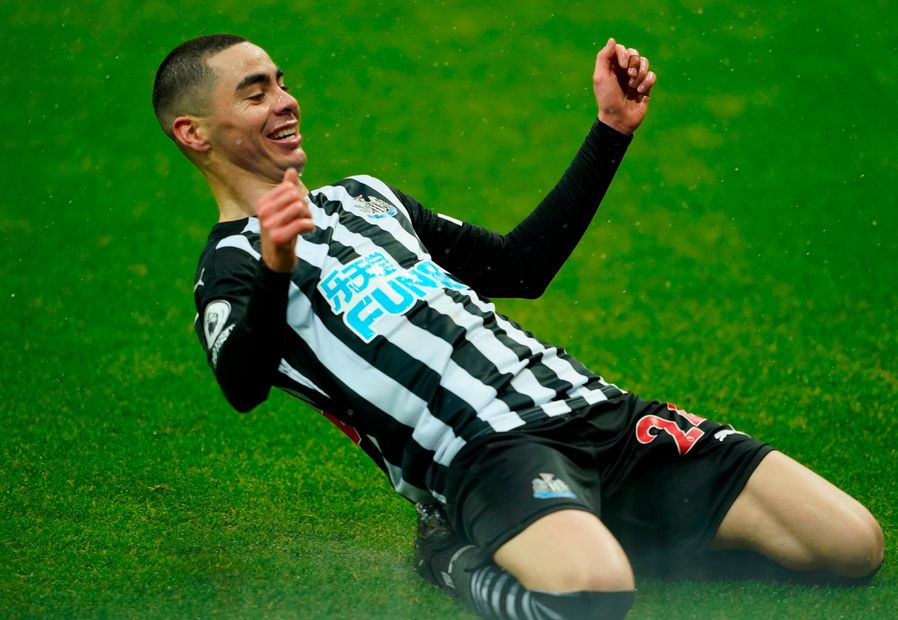 Bruce: "It was a terrific effort from all of them" External Link
GW23 FPL stats: Son profits from Kane return

Almiron has now scored three of his four goals this season in the last four Gameweeks.

His prospects for FPL returns have been helped by Steve Bruce's move to a more attacking 4-4-2 diamond formation, with Almiron fielded behind two strikers.

Allan Saint-Maximin (£5.1m) was another Newcastle midfielder to bring in points.

He profited from a role up front in his first start since Gameweek 9, supplying two FPL assists against Southampton.

Callum Wilson’s (£6.8m) 23.8 per cent ownership must monitor his fitness after he was forced off with a hamstring injury.

There are, however, a number of in-form replacements to consider if the Newcastle striker is ruled out.

Meanwhile, Edinson Cavani (£7.9m) netted a third goal in his last four starts with the opener in Manchester United's 3-3 draw with Everton.

In the same match Everton's Dominic Calvert-Lewin (£7.6m) warmed up for his two Double Gameweek 24 matches with his third double-digit haul of the campaign.

Brighton & Hove Albion conceded for the first time in five matches in a 1-1 draw with Burnley.

But the points keep coming for Lewis Dunk (£4.8m). The Brighton centre-back struck his third goal in nine appearances.

Dunk has averaged 6.2 points per match from Gameweek 15 onwards and is FPL's most in-form defender over the last 30 days.

His appeal is lifted further by a favourable schedule.

According to the Fixture Difficulty Ratings (FDR), only one of Brighton’s next six matches scores more than three.

The left-back’s multiple routes to returns have been the key to his successful season.

He has combined eight assists with eight clean sheets and also collected 14 bonus points, more than any other FPL defender.