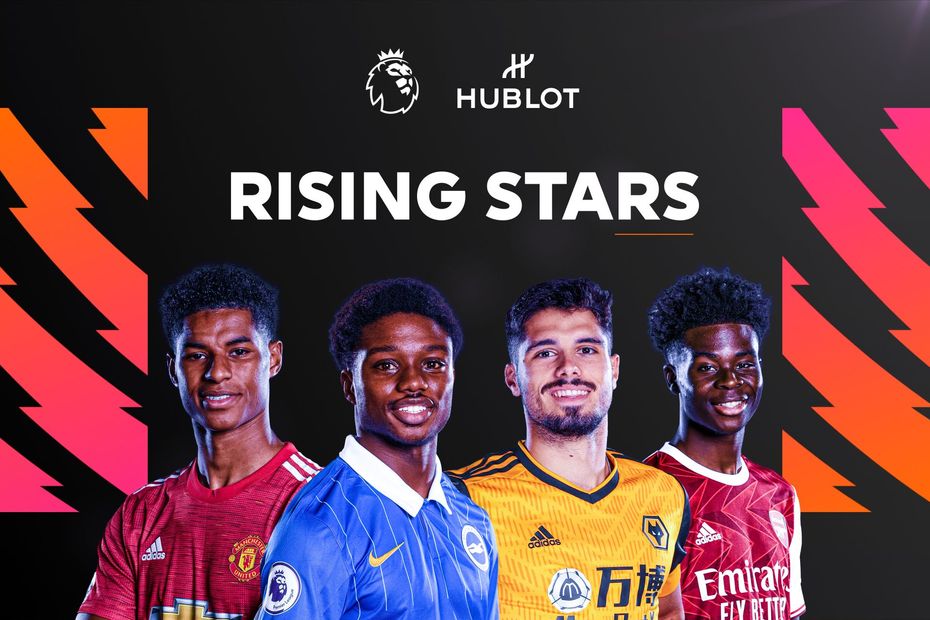 In our YouTube series, Alan Shearer looks at four more contenders for the Hublot Young Player of the Season award

The Premier League is full of exciting young talent and, in our monthly YouTube series "Rising Stars", we are looking at those who are in contention to be named the 2020/21 Hublot Young Player of the Season.

The award, sponsored by Hublot and won last season by Trent Alexander-Arnold, is presented to the best-performing player who was aged 23 or younger at the start of the season.

Presenters David Alorka and Kenzie Benali also compare goals from this crop of stars to similar strikes from Premier League legends such as Cristiano Ronaldo and Jamie Vardy and ask, "Who did it better?"