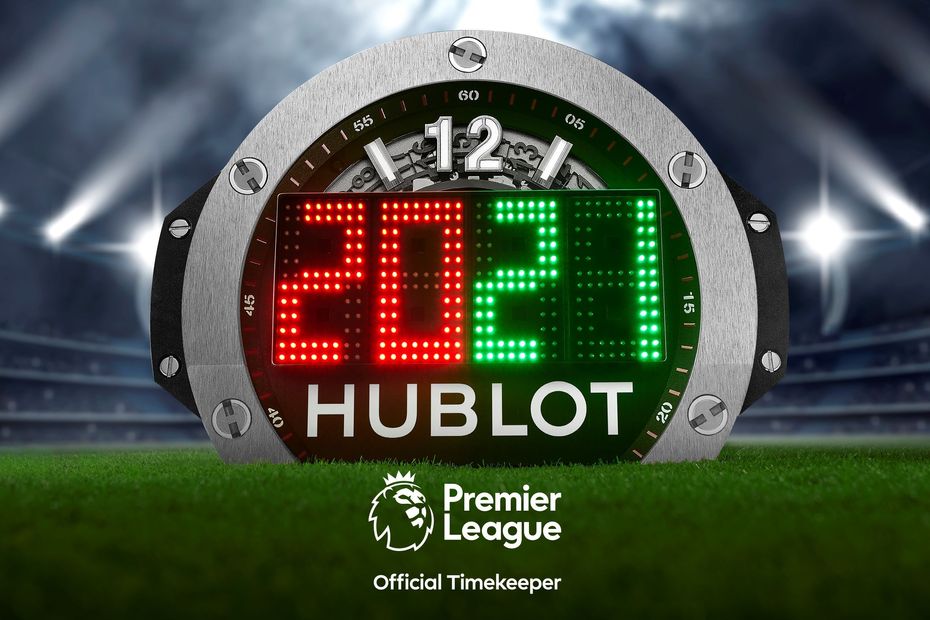 The Premier League has announced that Hublot is to become its Official Timekeeper from the start of the 2020/21 season.

As Official Timekeeper for the League, Hublot will time every match pitchside and on TV screens all over the world. The Hublot logo will sit alongside the on-screen graphic showing the match score and time.

As part of the agreement, the Swiss luxury watch company will be represented at every Premier League match via the Hublot Big Bang Unico-shaped referee board that is held up by the fourth official to signal additional time and substitutions.

⏱ History can be written in a matter of seconds ⏱⁣

Hublot will also have an on-screen presence during global broadcasts of Premier League matches.

"Hublot bring a wealth of experience in sports timekeeping, particularly in football, and are renowned for being at the forefront of innovation.

"We look forward to working closely together and developing the partnership to bring exciting matchday and digital activations to fans around the world."

"Hublot is hugely passionate about football and we add great value to every competition, club and talent with whom we partner"

"We are extremely excited and proud to become the Premier League's Official Timekeeper," said Hublot CEO Ricardo Guadalupe. "This is a milestone moment for Hublot.

"Since 2006, we have shown Hublot is hugely passionate about football and that we add great value to every competition, club and talent with whom we partner.

"We look forward to working together to bring this partnership to life on and off the pitch. Hublot Loves Football and our partnership with the Premier League is the proof!"