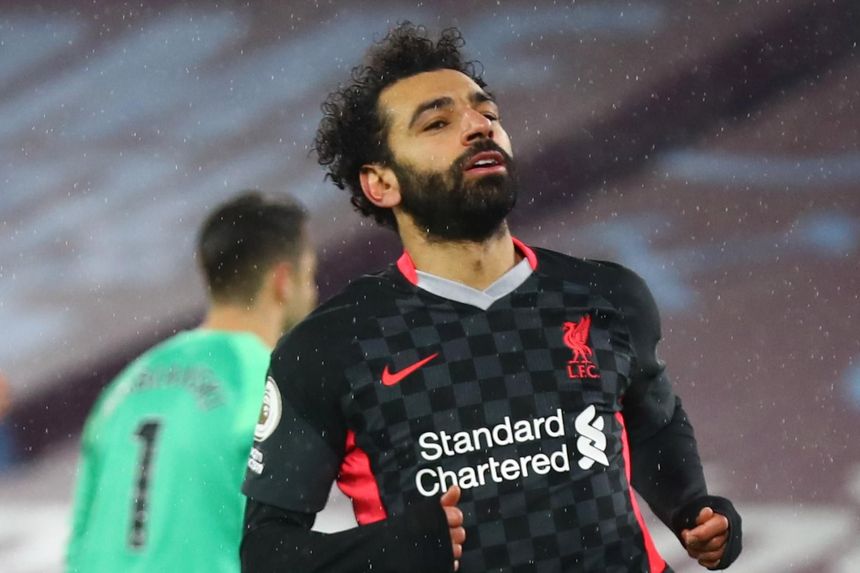 There was relief for Fantasy Premier League managers who kept faith with Mohamed Salah (£12.5m) as the Liverpool star ended a run of blanks to deliver this weekend.

Salah was the second-most popular captain, as the Reds visited West Ham United, and the Egyptian delivered with two superb goals in their 3-1 victory at London Stadium.

It is the first time he has produced attacking returns since Gameweek 14, when he claimed 16 points in the 7-2 win over Crystal Palace.

There was frustration for those who captained Bruno Fernandes (£11.4m) after he blanked in Manchester United's 0-0 draw at Arsenal.

The Portuguese midfielder was again the most popular captain pick, with just over one million managers handing him the armband. But, the midfielder was unable to add to his five double-digit hauls away from home and has failed to return a goal or assist in four of his last five appearances.

This setback came after a record 2.7million FPL managers had handed Fernandes the captain's armband in Gameweek 20, when he picked up just two points against Sheffield United.

Son Heung-min (£9.8m) completed the top three captain picks. There was disappointment for the 939,000+ who gave Son the armband, as he returned just two points in Tottenham Hotspur's defeat at Brighton & Hove Albion.

There was frustration for those among the leading 100 FPL managers who favoured Manchester City pair Raheem Sterling (£11.6m) and llkay Gundogan (£5.8m).

Sterling, the most-popular pick, didn't feature in the 1-0 win over Sheff Utd, while Gundogan blanked for just the third time in nine matches.

The top three most-bought players either blanked or didn't play in Gameweek 21.

Dominic Calvert-Lewin (£7.6m) was the No 1 transfer target ahead of Everton's home encounter with Newcastle United. But the Toffees suffered a surprise 2-0 defeat, much to the annoyance of the striker's 925,888 new owners.

And more than 558,000 added Joao Cancelo (£6.0m) to their squads after his best-ever FPL tally in Gameweek 20, only to see the defender left on the Man City bench.

After being ruled out through injury, Harry Kane (£11.1m) suffered sales approaching 1.4million.

Patrick Bamford (£6.6m) was ditched by 323,000+ after scoring just once in his last six matches, but he punished his sellers with a goal and two assists in Leeds United's 3-1 win at Leicester City.

Despite being sold in large numbers, Bamford remained among the most-selected players, finding himself in more than 3.7million teams.

The Leeds striker is behind just Son and Fernandes in terms of ownership.