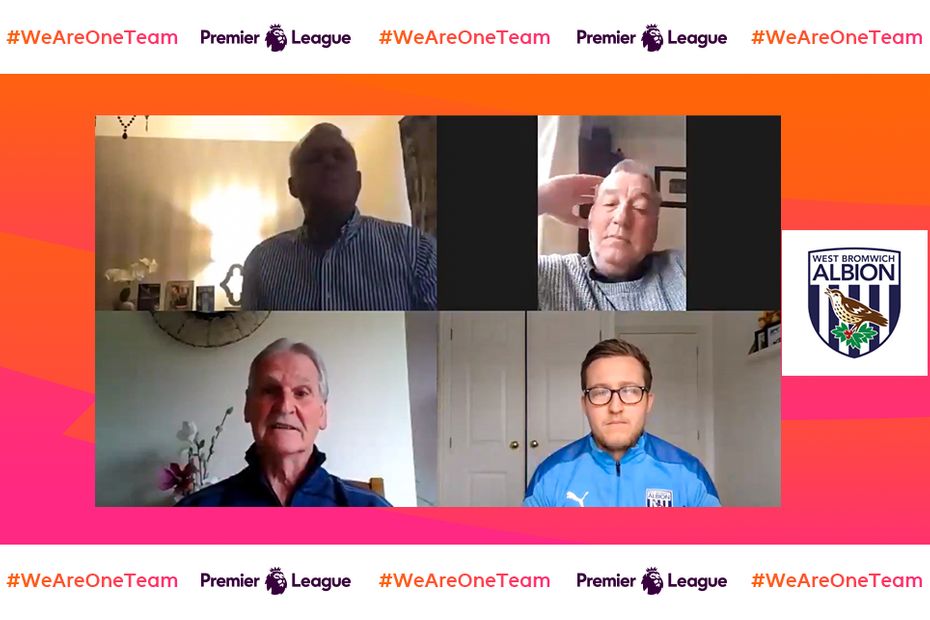 Club legends have been calling fans who are at home alone

The need to stay connected with family and friends has never felt so great, and West Bromwich Albion are reaching out to their older supporters to ensure they are not alone.

Working with the club's official charity, The Albion Foundation, former West Brom players Ally Robertson, Mark Grew and Joe Mayo enjoyed speaking to the those fans by phone to help ease any sense of isolation.

Club legend Robertson, who played more than 500 times for the Baggies, says the conversations have been mutually beneficial.

"It's important for ourselves and for everybody else who's on their own," he said. "To sit and talk to them for 10 minutes, 20 minutes or half an hour, it's fantastic for both us and the fans.

"You just hope you can get the fans talking, and the minute you put the phone down you hope that they then phone their friends up and it keeps them talking to somebody else.

"I found the biggest thing is that everyone said to me, 'I can't wait to phone my friends and tell them you phoned!' And that is what has been brilliant about this."

If you, or anyone you know, would benefit from a call by the Foundation or an ex-player, contact them on +44 7896 436490 or via email buddies@albionfoundation.co.uk.

The Albion Foundation and West Brom have provided an extensive support network to their local community during the pandemic.

As part of the Foundation's "Give Back" scheme, more than 70,000 food parcels and hot meals have been delivered to vulnerable people, while essential household goods such as kettles, cutlery, dinnerware and bedding have also been donated to those local families most at need.

Since the onset of the pandemic last year, Premier League clubs have been calling on fans and those in their community to check in and ensure that those isolated have been supported.

There are also Premier League Primary Stars Get In Touch resources to use at home including free downloadable letter writing templates and conversation starters.