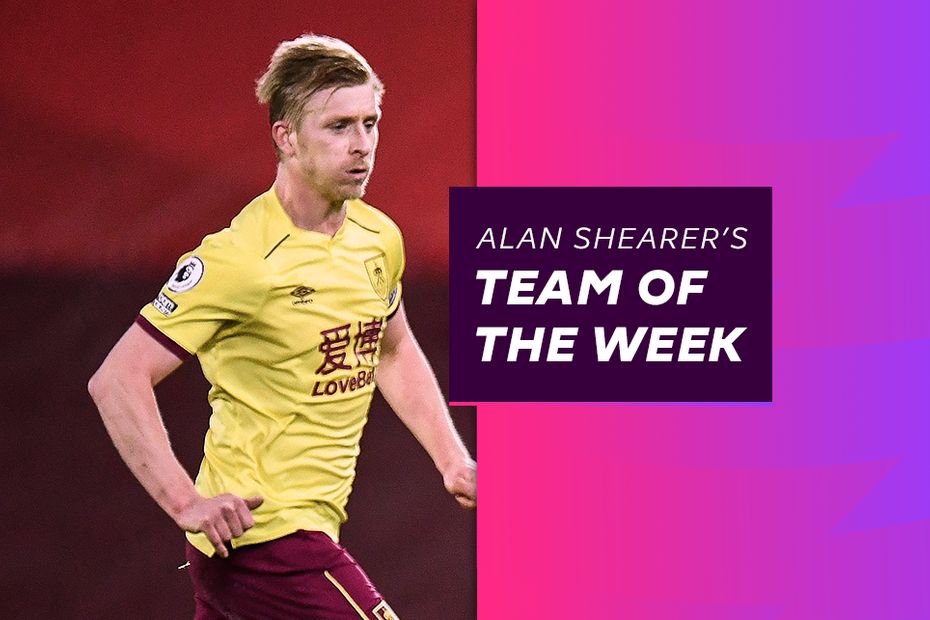 A captain's performance from Ben Mee was pivotal to Burnley ending Liverpool's 68-match unbeaten home run in the Premier League.

While Ashley Barnes stole the headlines with the first winning goal as an opposition player at Anfield since April 2017, Premier League Champion Alan Shearer was just as impressed with Burnley's defence in their 1-0 win.

What do you make of the XI? pic.twitter.com/yFRaUwpt0Q

"He was brilliant at Anfield, keeping a clean sheet to help end Liverpool's unbeaten run."

"Brilliant down the right side on a comfortable evening for the Gunners."

"Scored his first two league goals for Manchester City and helped them to successive clean sheets."

"Outstanding. Led his team to a historic win against the champions."

"Proving to be an absolute steal. Again, so impressive at left or right-back."

"Brilliant goal and his passing was superb."

"Such a good player when he is in this form!"

"Scoring goals and is playing so well again. And a great interview afterwards!”

"Back in the goals with two great finishes."

"No one had beaten Liverpool at Anfield in the Premier League for nearly four years, so he deserves all the credit."