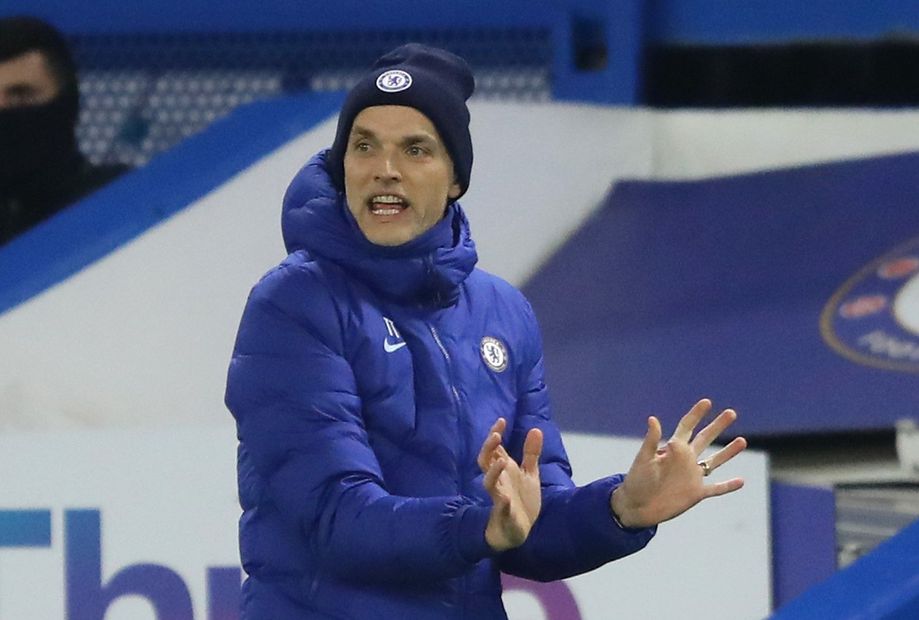 Hudson-Odoi reveals how Tuchel told him and the team to play External Link
Hargreaves: Tuchel is in mould of Guardiola
Best photos of Matchweek 20

If Thomas Tuchel's first match in charge is anything to go by, Chelsea will be seeing lots of the ball under the German.

Tuchel only took his first training session on Wednesday evening but, only 24 hours later, his side produced some of the best statistics under a new manager for 18 seasons.

For more on this and all the must-know facts from the 20th round of fixtures, read below. To see the reports and key data for the matches, click on the results.

Since his debut in February 2020, no player has scored more headed goals in the Premier League than Tomas Soucek, with five. Against Crystal Palace he became the fifth Czech player to reach 10 PL goals, doing so in only 33 appearances, the joint-fewest alongside Milan Baros.

Raphinha has become the first Leeds United player to score his first three PL goals for the club away from home since Michael Bridges in August 1999.

Bukayo Saka is only the second English teenager to score for Arsenal in consecutive Premier League appearances, after Ashley Cole in October 2000.

This was Burnley's highest-scoring Premier League win since they won 3-2 against Chelsea in August 2017. Prior to this, their last 12 league matches featuring five goals or more had all ended in defeat.

Chelsea had 78.9 per cent possession and completed 820 passes against Wolverhampton Wanderers. Since the start of 2003/04, these are both the highest totals by a team in their manager’s first Premier League match in charge.

There were 26 shots in this match, with 16 for Brighton & Hove Albion and 10 for Fulham. The only PL goalless draws with more shots this season have been Aston Villa v Burnley in December, with 33, and Leeds v Arsenal in November, with 34.

Everton's James Rodriguez has scored 19 goals from outside the box in the top five European leagues but this was his first from that distance with his right foot.

Kean Bryan and Oliver Burke are the first players to both score their first Premier League goals in the same match against Manchester United since September 2014, when Esteban Cambiasso and Jamie Vardy struck for Leicester City.