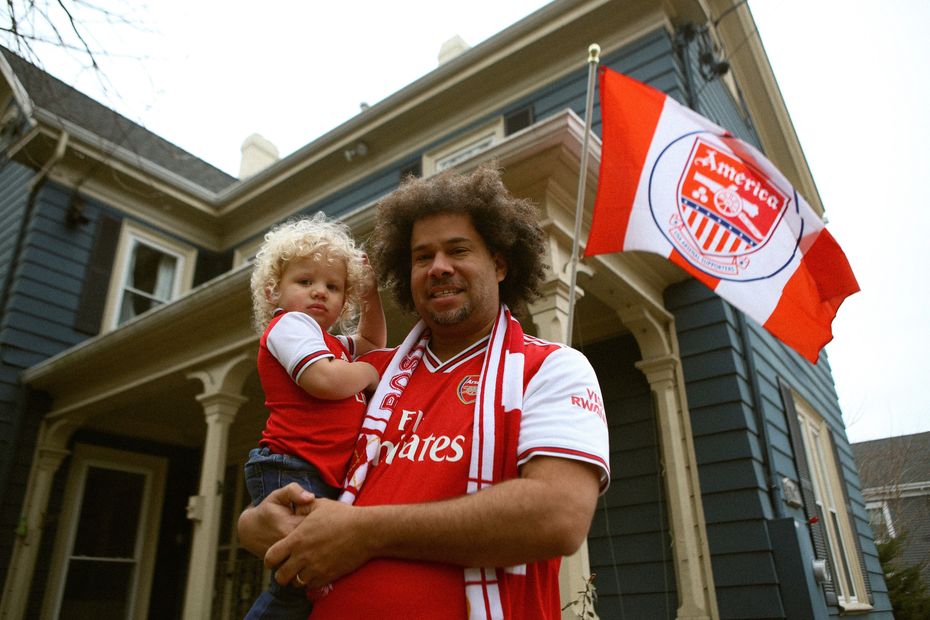 Meet George from Boston, an Arsenal fan of over a decade whose Gunners family extends well beyond the walls of his home.

“When my son, George Jr., was born I was really excited to wear an Arsenal kit. I had my go-bag, so I knew what jersey I was going to wear. If his eyes could have seen, the first thing would have been an Arsenal kit!

"My wife and I decided - before COVID was a thing - that we really wanted to be intentional about our kids fitting into our life naturally. Because we travel all the time for work and socially, within his first year George Jr. had been on nearly 60 airplanes, including a lot of times for Arsenal.

"I’ve been to at least 25 Arsenal America Branches from San Diego to Orlando, from Detroit to Dallas.

"When George Jr. was inside my wife’s belly, there are pictures of him with our Arsenal family. We brought him to Gooner Gras - an event in New Orleans that the Crew of Arsenal puts on every year - when he was still a little baby.

"He was by our side and everyone got a chance to meet him, and the following year all of our Arsenal family was looking forward to seeing him again.

"That year I was actually crowned the King of Gooner Gras, so he’s known as Prince George.

"For whatever reason, soccer was one of the first things that he was able to really focus on on the TV. Whether it was the ball or the green pitch, he loved it.

"On our Premier League mornings, my wife takes pride in keeping track of the schedule. Nobody needs to remind her when Arsenal is playing. So usually, that morning, we’ll divide things up where I take care of my son and she takes care of our daughter.

"I’ll have my Arsenal kit on and get him situated in his Arsenal gear, and she’ll come around the corner all decked out in her gear and our baby Julie will have George’s hand-me-downs on and Arsenal ribbons in her hair.

"Then we love to watch the pre-game, when they’re showing the fans who submit pictures, just because that’s people we know. It’s all just a family thing for us.”

These photos were shot by Mel D. Cole as part of his partnership with the Premier League on #PLFansOfAmerica.