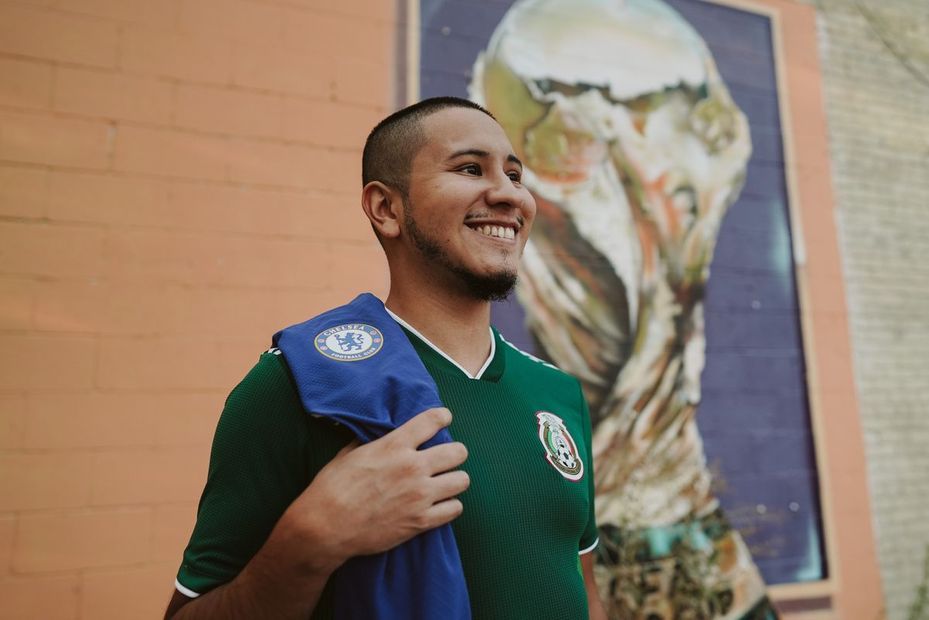 Meet Hector, a Milwaukee educator whose passion for Chelsea is only matched by his love for the Mexican national team.

"I bleed blue, green, white and red. I have an English beer in the morning and a Mexican beer at night.

"My Chelsea fandom started when I was eight-and-a-half years old. The one image that always comes to my mind is John Terry lifting the Premier League trophy after so long. That really stuck in my mind.

"My parents have taught me everything you need to know about Mexican heritage, and I've been following the national team for a long time.

"It doesn't make any sense to me to not support your national team and your club team. The greatest memories I have are with my club and with Mexico.

"I'm pictured here at the old Nomad Nacional pop-up in Milwaukee, and I have so many memories in this parking lot watching the World Cup.

"I cried here after Mexico beat Germany and that's tied for my greatest memory ever, with Chelsea winning the Champions League.

"Seeing Mexican players in the league, it's great to see too, even if it's not for my team.

"Chicharito was the first Mexican to play for Manchester United, but it was so bittersweet to see him score against Chelsea.

"Raul Jimenez, too. I definitely root for him. He's scored a couple against Chelsea and it's like I get to feel spoiled no matter what.

"Football is more than a sport for me, it's a way of life."