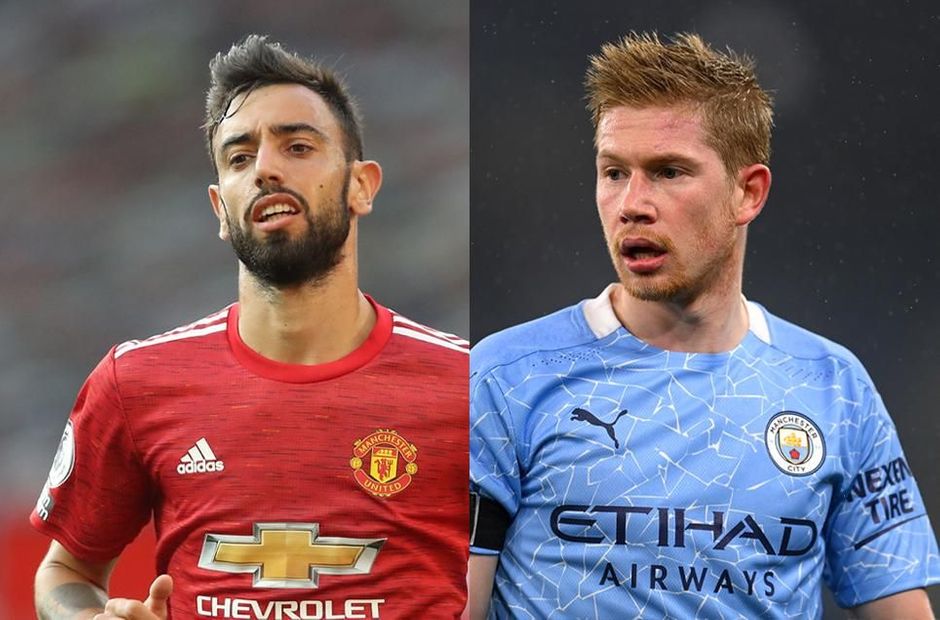 Two Manchester-based playmakers are among the top captaincy options for the reduced Gameweek 18 in Fantasy Premier League.

Manchester United star Bruno Fernandes (£11.3m) has been the most explosive player in FPL this season.

The Portuguese visits Burnley following a 10-point haul against Aston Villa last time out, his league-leading eighth double-figure haul of the campaign.

Faith in Kevin De Bruyne (£11.7m) is rising after his goal and assist at Chelsea in Gameweek 17.

The Manchester City midfielder is the most-bought player in the Gameweek, earning 308,000+ new owners ahead of a home encounter with Brighton & Hove Albion.

But they are not the only Man Utd and Man City options to consider.

Rashford has averaged 8.7 points per away match, while Sterling has blanked only once in his last six Gameweek appearances.

Tottenham Hotspur pair Son Heung-min (£9.8m) and Harry Kane (£11.0m) will be heavily backed in Gameweek 18 for their home match with Fulham.

Son is the top-scoring player in the game, having returned 132 points. The South Korean has produced 10+ points in three of his last four home fixtures.

Kane ranks third overall in FPL, with 125 points. He produced 12 points against Arsenal and Leeds United over his previous three home outings.

Both players have produced 27 points over the last three Gameweeks.

Lacazette has scored four of his seven goals for the season during that period, while Saka has combined two goals with two assists.

Part 2: Who to captain in GW18? What the experts say