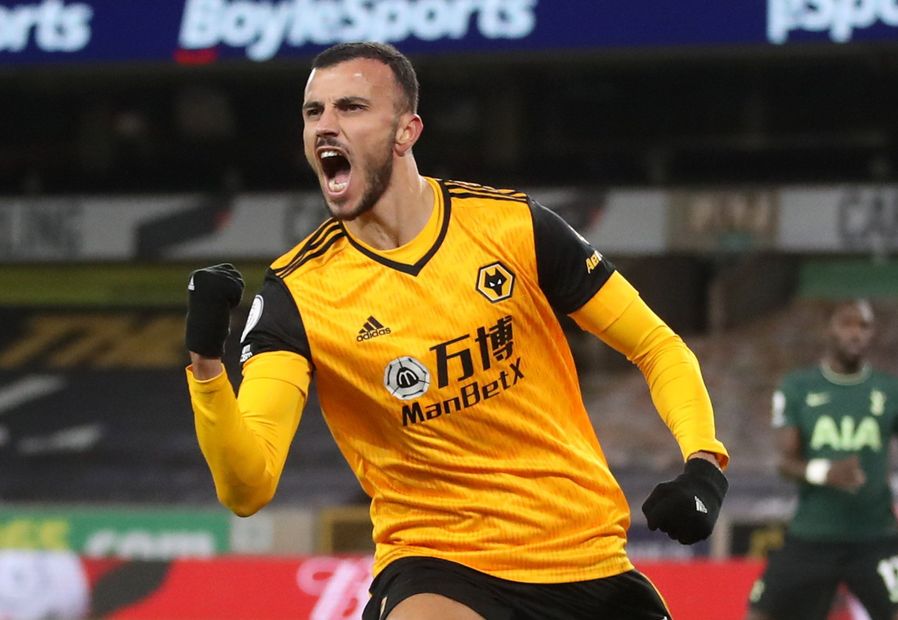 Tottenham Hotspur probably should have known what was coming just before Romain Saiss headed in his equaliser in the 86th minute on Sunday as Wolverhampton Wanderers are making a habit of scoring late goals.

For more on this and all the must-know facts from the 15th round of fixtures, read below. To see the reports and key data for the matches, click on the results.

Manchester United are the first side to score two or more goals in 11 consecutive top-flight away matches since doing so in March 1959 for 13 matches.

Aston Villa have kept eight clean sheets in the Premier League this season, more than any side, while their run of four shutouts in a row is their best in the competition since February 2010.

Southampton have lost just one of their last 13 Premier League away matches (W6 D6), and are unbeaten in their last seven on the road since defeat at Crystal Palace in Matchweek 1.

Of all Arsenal players to score at least five Premier League goals, Granit Xhaka has the highest ratio from outside the box, with 78 per cent or seven out of nine.

Raheem Sterling’s assist for Manchester City's opener was his 150th goal involvement in all competitions since Pep Guardiola joined in 2016 (96 goals, 54 assists), more than any other player at the club in that time.

In all competitions, Gylfi Sigurdsson has been directly involved in seven goals (three goals, four assists) in 18 appearances this season, one more than he recorded in the whole of 2019/20.

Patrick Bamford has 10 goals in 15 matches for Leeds United in the Premier League this season; the third-fewest appearances to reach 10 in the competition for the Whites after Mark Viduka (nine) and Tony Yeboah (14).

Since his Premier League debut in February, no player has scored more headed goals in the competition than Tomas Soucek with four, level with Dominic Calvert-Lewin and Harry Kane.

Wolves' last three Premier League goals have all been scored in the final five minutes of matches.