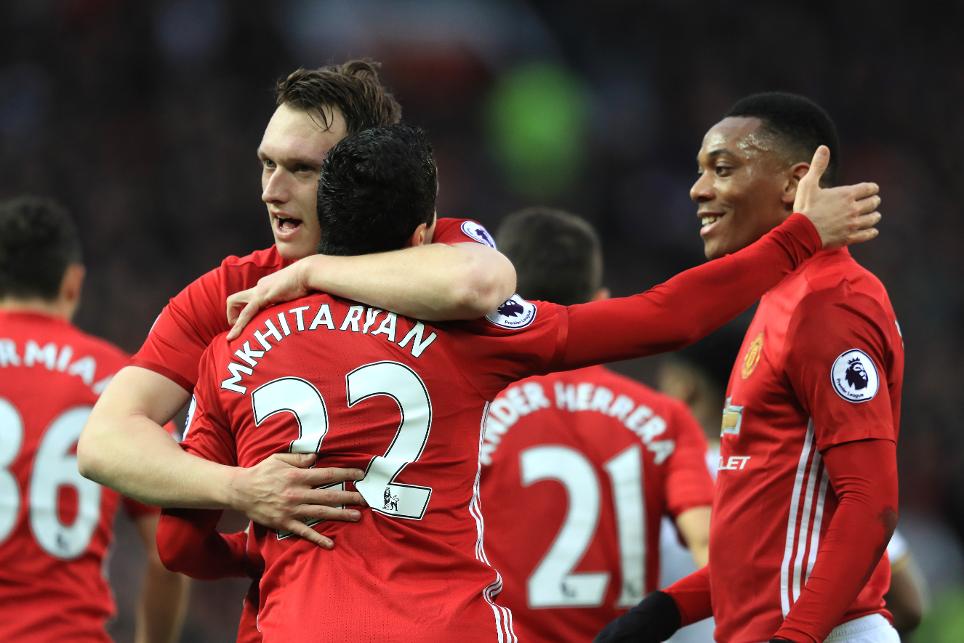 A resolute display from Phil Jones (£4.7m) helped Manchester United to a 1-0 victory over Tottenham Hotspur and earned the defender recognition in the Fantasy Premier League Bonus Points System (BPS).

Jones picked up two bonus points with a BPS score of 28, having contributed 13 clearances, blocks and interceptions (CBI), and six recoveries as United recorded a fifth clean sheet of the campaign.

He provided the assist for Henrikh Mkhitaryan's (£8.9m) decisive goal, while contributing three successful tackles and 11 recoveries to score 35 in the BPS.

De Gea made four saves and as many recoveries, while Rojo recorded 20 CBI.

Despite scoring the winning goal, Mkhitaryan missed out on bonus points having been tackled six times and also committing four fouls.

Herrera led the way in the ICT Index with a total of 10.8. He created five chances and recorded a match-high Creativity score of 61.

Mkhitaryan ranked next in the Index with a tally of 9.3. The Armenian was awarded a Threat score of 42 thanks to three goal attempts, two of which arrived from inside the Spurs penalty area.

After opening his Premier League goal account the stage appeared set for Mkhitaryan to attract major FPL interest ahead of Gameweek 16.

But an ankle injury suffered in the final stages of Sunday's contest has ruled him out of encounters with Crystal Palace and West Bromwich Albion this week.

In contrast, Jones' potential as a cheap route into the United rearguard looks stronger than ever.

With the fit-again Eric Bailly (£5.3m) benched and set to depart for the Africa Cup of Nations in January, Jones could cement a starting role over the coming months.

United's forthcoming schedule of fixtures suggests that he can offer real value.

Only the Gameweek 21 home encounter with Liverpool registers more than two in the Fixture Difficulty Rankings (FDR) over the next eight Gameweeks.

But United's top-owned defender, Antonio Valencia (£5.4m), will sit out Gameweek 16 after receiving his fifth booking of the season on Sunday.

As for Tottenham Hotspur, they were able to hand Toby Alderweireld (£6.3m) a first start since Gameweek 8 at Old Trafford, with Eric Dier (£5.1m) dropping to the bench.

The Belgian is back in contention ahead of promising home fixtures against Hull City and Burnley in the next two Gameweeks.

Those matches appear to offer the potential for Spurs clean sheets, while Harry Kane (£11.2m) and Christian Eriksen (£8.3m) will be backed for attacking returns following Sunday's disappointment.